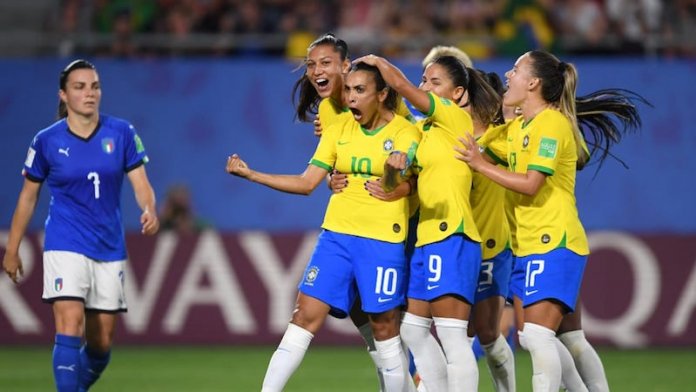 Brazil’s Marta last night became the record goal-scorer at FIFA Women’s World Cup finals as her 17th goal gave the South America nation a 1-0 win over Italy in Group C and a place in the last 16 in France.

The 33-year-old – a veteran of six World Cup finals – scored from the penalty spot after a foul on Debinha.

It takes her past the 16-goal tally of Germany men’s striker Miroslav Klose. She becomes the outright World Cup top scorer in either the men’s or the women’s game.

Italy however topped Group C with six points, with goal difference separating them from runners-up Australia and third-placed Brazil.

However, despite Martha’s feat last night, global attention refused to shift away from France’s VAR penalty goal that denied Nigeria a share of the points in Rennes on Monday evening.

And Nigeria’s Coach Thomas Dennerby who is still fuming from the perceived injustice told BBC Sports: “If I give you my honest feelings (on the VAR), they’ll probably send me home so it’s better I don’t say anything.

“My players are heroes. Of course I’m disappointed by the result, France is a really good team and don’t need support from anybody to win games. The girls were fighting so well, they followed the match plan and it’s getting destroyed by people that we’re not so happy with.”

BBC Sport readers also showed their frustrations by its player rater tool to give France’s match-winner Wendie Renard the lowest score of any player on the pitch (3.36), while keeper Chiamaka Nnadozie got the highest mark (8.80).

Former England defender Laura Bassett, watching for BBC Four, said the decisions were “ultimately right” but that the law changes will continue to lead to confusion.

“France deserved to win because Nigeria were in the wrong (according to the laws) but for the players it is so hard because it is going to take time to coach them to change their training methods.”

The law makers, the International Football Association Board (IFAB) threw more light on the new law with this explanation:

“Goalkeepers are not permitted to stand in front of or behind the line. Allowing the goalkeeper to have only one foot touching the goal line (or, if jumping, in line with the goal line) when the penalty kick is taken is a more practical approach as it is easier to identify if both feet are not on the line. As the kicker can ‘stutter’ in the run, it is reasonable that the goalkeeper can take one step in anticipation of the kick.”

So given that explanation, Nnadozie clearly had both feet in front of the line, the decision was correct. 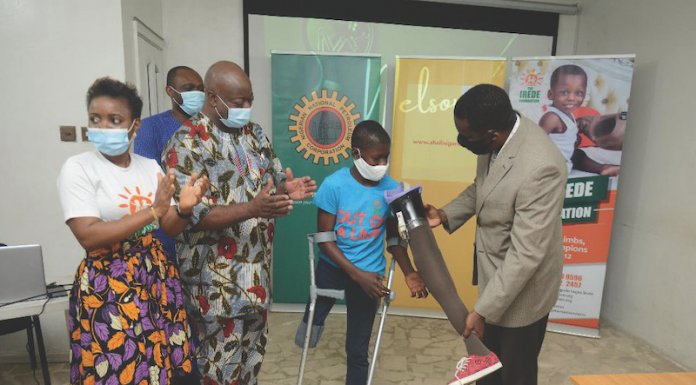 Patanmi, Danbatta, Others for IT Forum