The Director General of the Nigerian Maritime Administration and Safety Agency (NIMASA), Dr Dakuku Peterside, has said the nation’s ocean resources are rich enough to sustain the economy of Nigeria just like most countries with maritime-based economy.

Dakuku, who stated this during the commemoration of the Word Ocean day in Lagos recently, also charged stakeholders on the need to celebrate the ocean, its importance in the lives of the nation, and on how economic diversification could be achieved for sustainable growth and development.

He noted that, like the cyber world which has reduced the real world to a global village, the ocean is global and connects people worldwide, thus inspiring continuing action year-round to protect and restore this amazing resource that we all depend on.

Like most great maritime nations, he pointed out that the, “time has come for all hands to be on deck and support the federal government’s efforts in taping into the blue economy and develop it to such a level that it can contribute far more greatly as projected.”

Dakuku, further observed that nations like Singapore, Philippines and Malta along with the world great economies like the United States, United Kingdom, Japan, Russia and China, amongst others strive greatly on their oceans as the bedrock of their economy, and with about 90 per cent of world trade being done by sea and shipping, it is time Nigeria begins to join the league of such great countries by engaging its waters more profitably.

“The World Oceans Day celebration inspires the thinking that recognises that there is one global ocean that connects the entire world. Within this one ocean, there are five distinct oceans: the Pacific Ocean, Atlantic Ocean, Indian Ocean, Arctic Ocean, and Southern Ocean.

“And it is already happening that the boundaries of these oceans are invincible and so it is important that we take steps to ensure that we tap the abundant resources inherent within our maritime endowment because our lives as a nation depends hugely on it,” he said.

While stating that the issue of climate change and marine environment degradation was of concern to the nation and international community, he assured that NIMASA on its part would continue to lend its voice in support of the advocacy and drive, which will further guarantee and compliment government’s ease of doing business initiative.

Dakuku, reiterated that the agency was open to all forms of partnership that could help the growth and development of the Nigerian maritime sector, in line with the economic diversification agenda of government.

World Oceans Day takes place on June 8 every year. The concept was originally proposed in 1992 by Canada’s International Centre for Ocean Development (ICOD) and the Ocean Institute of Canada (OIC) at the Earth Summit – UN Conference on Environment and Development (UNCED) in Rio de Janeiro, Brazil.

At the first World Oceans Day in 1992, the objectives were to move the oceans from the side-lines to the centre of the inter-governmental and NGO discussions and policy and to strengthen the voice of ocean and coastal constituencies worldwide.

Since 2002, there has been a concerted effort to promote World Oceans Day as a unique opportunity to celebrate the ocean, our connections, and make a real difference.

Shell Nigeria has called for stakeholders’ efforts to curb the incessant vandalism of crude oil-bearing pipelines, highlighting the danger of continuous sabotage to people and environment.

Speaking in Lagos at a media workshop on ‘Pipelines Right of Way Encroachment and Vandalism’, Weli said: “Shell is concerned the repeated sabotage of recently repaired pipelines exposes the environment and people to renewed and worsening pollution. Oil theft is focused on short term fiscal benefits, ignoring the long-term effects of environmental degradation.”

He added: “Since 2017, sabotage spill rate has risen steeply and crude oil theft from SPDC JV’s pipeline network averaged 11, 000 barrels per day in 2018, an increase of about 20 per cent over previous year.

However, on the UNEP Report-guided Ogoni Clean Up, Weli noted that, “SPDC actively supports the clean-up process along with other stakeholders. SPDC remains fully committed to providing its share of $900 million (N283.73 billion) over five years to the Ogoni Trust Fund as stipulated in the Hydrocarbon Pollution Remediation Project (HYPREP) gazette and the agreed governance framework.

“The SPDC JV has completed its first-year contribution of $180 million (N54.54 billion). Early 2017, the SPDC JV made available $10 million to help set up HYPREP office and in July 2018, joint venture deposited additional $170 million (N51.52 billion) into an escrow account to fund HYPREP’s activities.”

Also speaking at the workshop, Shell’s General Manager, Safety and Environment, Chidube Nnene-Anochie, said irrespective of the cause, SPDC cleans and remediates areas impacted by spills from its facilities.”

According to Nnene-Anochie, “SPDC implements work programmes to appraise condition of, maintain and replace key sections of pipelines and flow lines.

She said, “In line with industry regulations, SPDC only pays compensation if the spill is operational.”

The company said it was also collaborating with communities to effectively patrol pipelines’ rights-of-way through direct surveillance and GMoU surveillance, proactively engaging government security agencies to prevent crude theft and vandalism and carrying out awareness campaigns to educate community members, surveillance contractors and general public of the requirements of the 1990 Pipeline Act which prohibits any third-party activities 100ft from existing oil and gas right-of-way.

In line with the National Broadband Plan, the Nigerian Communications Commission (NCC) has assured Nigerians access to pervasive broadband through an Open Access Model.

The Executive Vice Chairman of the Commission, Prof. Umar Danbatta, made the disclosure at the 10th edition of the eWorld Forum in Lagos, themed: “Roadmap to Broadband Everywhere.”

In his keynote address at the forum, he explained that the initiative was one of the initial strategic actions of the federal government, through the commission, in Nigeria’s journey towards facilitating the availability, affordability and accessibility to Broadband infrastructure and services.

According to him, “The deployment of Optic Fibre transmission network has been adopted in the “Open Access Model” to bridge the current digital gap and deliver fast and reliable broadband services to households and businesses and the success of this model is evident in the tremendous growth witnessed in the provision of broadband services by all major players in the industry through one technology or the other.

“As at first quarter of this year, Nigeria achieved 33.08 per cent Broadband penetration, thus 63 million Nigerians are presently connected to broadband internet services. This is an encouraging leap from the 8.5 per cent penetration in 2015.”

Danbatta, who was represented by the Deputy Director, Spectrum Administration at the NCC, Mr. Oluwatoyin Asaju, further stated that: “The commission has also continued to make available wireless spectrum resources to the operators, as well as creating enabling environment and level playing field through various regulatory instruments, for the growth and development of the industry, and the overall impact on the socio-economic well-being of our nation.

The President, Association of Licensed Telecoms Operations of Nigeria (ALTON), Mr. Gbenga Adebayo, urged the NCC to look into the state of health of InfraCo licence holders, explaining that there are a lot of registered licensees that exits out there but don’t have the physical infrastructure

“When we bring in the infracos, you can’t expect them to deliver certain results if you don’t remove the obstacles they are confronted with; right of way, access to infrastructure among others, have been huge challenge to operators and if they are not eliminated, we are not going to make progress,” Adebayo said.

Organisers of the eWorld Forum, used the occasion to reward six private companies and two government agencies that have contributed to the development of broadband and digital connectivity in the country.

The two government agencies, which have stood out in the management of Nigerian public entities, the NCC and the Galaxy Backbone were among the  few that received the eWorld plaudit.

The remarkable and focused work of Rack Centre, Medallion, IXPN and eStreams in ensuring that local companies take the driver seat in ensuring digital, internet connectivity and hosting of Nigerian data locally received accolades at the event.

NCC received the award of the Nigeria’s Best Corporate Governance and Regulatory Agency.

ALTON was awarded Nigeria’s Best ICT Development Advocate group for its dogged fight in ensuring that telecom operators operate in the best of environment to drive the needed development of the sector, and ultimately for the good of the Nigerian economy and its people.

Eliminating gas flare with a view to bequeathing a pollution-free environment to future generation of Nigerians is the priority of the Nigerian National Petroleum Corporation (NNPC).

The corporation made this commitment at a recent event held in Abuja, to mark the World Environment Day.

A statement by the corporation’s Group General Manager, Group Public Affairs Division, Mr. Ndu Ughamadu, quoted the Group Managing Director, Dr. Maikanti Baru, as urging members of staff to maintain the NNPC business culture of, “working not to harm the people or the environment”.

Addressing management and staff on the theme of this year’s World Environment Day, ‘Air Pollution,’ the GMD who was represented by the Chief Operating Officer (COO), Ventures, Dr. Babatunde Adeniran, said NNPC had put in place a lot of measures to mitigate the impact of oil and gas exploration activities on the environment.

“As a corporate organisation, NNPC is determined to reducing harmful emissions that can impact air quality and the well-being of God’s creatures in all aspects of our operations.

“We are committed to finding ways to fully commercialise our natural gas resources to eliminate gas flare in all existing future gas projects,” he said.

Baru, noted that air pollution was a major issue in today’s industrial world that needed all hands to be on deck to tackle.

He, expressed satisfaction with the measures the corporation had deployed to tackle environmental issues in the oil and gas industry and lauded the GMD for ensuring availability of petroleum products across the country.

Earlier, in his welcome address, the General Manager, Group Health, Safety, Environment & Quality (GHSEQ) Department, Mr. Hussaini Ali, said the programme offered everyone the opportunity to contribute to the quality of the air we breathe, noting that the task of ensuring safer environment was a collective responsibility. 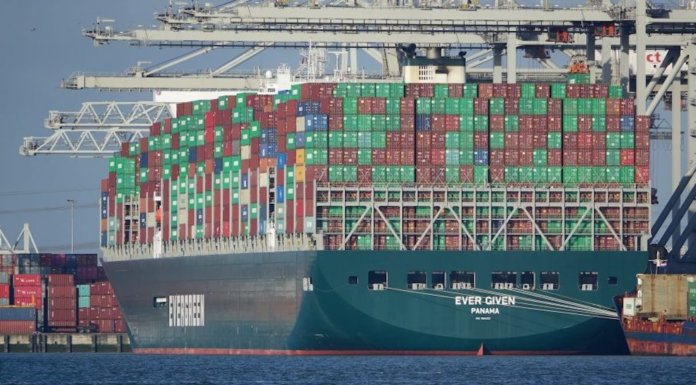