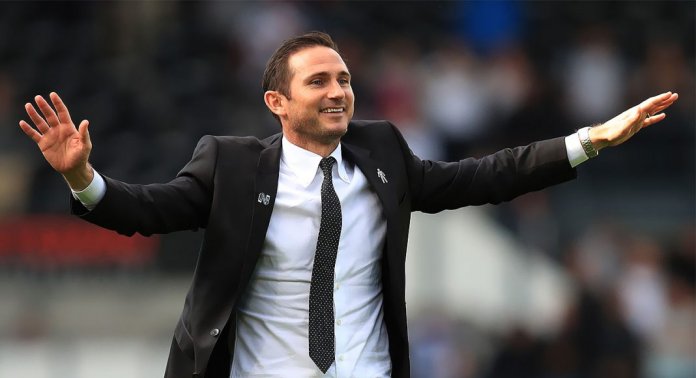 Chelsea would have to pay Derby around £4m in compensation if they appoint club legend Frank Lampard as their new manager.

With current boss Maurizio Sarri set to be confirmed as Max Allegri’s replacement at Juventus, Lampard is the overwhelming favourite to take over.

However, BBC Sport understands Chelsea are yet to make contact with the Rams.

Lampard won 11 major honours in his 13 years as a player at Stamford Bridge.

A deal between the Blues and Serie A champions Juventus was agreed in principle on Thursday, with the Italian club expected to have to pay in excess of £5million in compensation to secure Sarri.

The Italian, who has spent just one season at Stamford Bridge after arriving from Napoli in July 2018, won his first trophy as manager when he guided Chelsea to Europa League victory over Arsenal last month.

Derby have a good relationship with Chelsea, who loaned them Mason Mount and Fikayo Tomori last season, and anticipate if negotiations do take place, they will be done so in a relaxed atmosphere.

However, as with all their coaching staff, there is a compensation clause built into Lampard’s contract, which has two years to run.