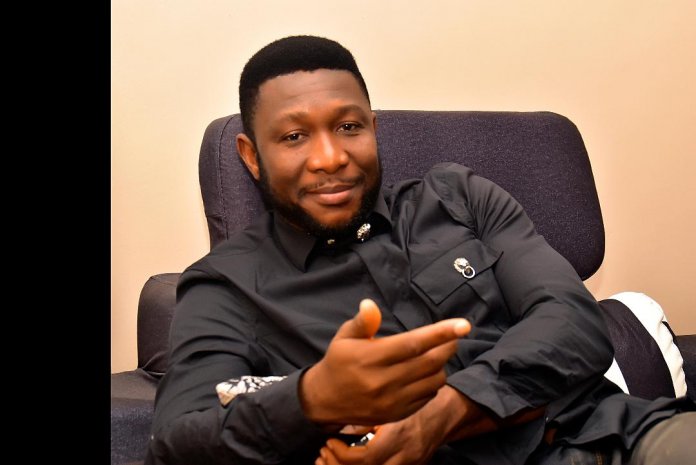 Veteran Nollywood filmmaker Tchidi Chikere is set for the premiere of his new movie, ‘Everything Happens To Me’ which starts showing in cinemas on Friday June 21. The prolific scriptwriter, producer, director and actor, who marks twenty years in the industry talks about the upcoming movie during an interview with Ferdinand Ekechukwu. The one cast movie, the first of its kind in Nollywood, stars fast rising actress Sandra Okunzuwa. ‘Everything Happens To Me’ judging by his other spectacular works is a movie to be expected. Excerpts

So twenty years so far how has the journey been for you?

Twenty years on in Nollywood I’m still as excited as I was at the beginning. I still have a whole lot that I haven’t given. I’m at the edge of experimenting with new genres, I’m at the age where I can take a risk and say ‘okay everybody is doing this I want to do it differently’. I want to take something outside of the box which is why I did ‘Everything Happens To Me’ the one coming to the cinemas on June 21; it’s a one cast movie. I took one person and built a story around one character from beginning to end for seventy minutes.

Tell us about your new movie which premieres on June 21?

‘Everything Happens To Me’ I wrote and produced and directed and executive produced as well. It was filmed on 4k resolution… technically sound. But like I said earlier that I’m at the age of experimenting where I took this girl I worked with on a movie called Platter of Gold and I felt she was very talented and I said ‘you know what for a girl like this who is deep and talented and new, why don’t we do something new with a new person’. So I had to get this girl Sandra Okunzua and she gave it her best. It’s actually about a girl trapped in the house who’s home alone. Her father was busy chasing money all around the world. Each time she calls, her father is midway across the world. And she had a problem she wanted to share with her dad because she was home alone but the dad was never there. So it’s also about the growth of the female child devoid of any societal influence and her ability to grow and evolve on her own without depending on the man who could be a father, it could be a boyfriend, could be a husband.

Is that your first cinema movie?

Don’t you think the movie (Everything Happens To Me) is quite ambitious compared to what is obtainable at the moment in Nollywood?

I have done a four man cast, I have done two man cast but the one cast thing is one of its kind nobody has done it before in Nollywood and I like to situate myself in that interface between what is regular and what hasn’t been done before. That is what I have done in this movie and I tell you even though it is a deep movie it still has a lot of commercial appeal. You are watching different locations you are seeing Los Angeles, you are seeing Las Vegas, You are seeing Lagos. So what I have done is a fearless incursion into an unknown terrain. And the fearlessness arises from the fact that I know my audiences are more informed than they appear to be.

So what should your audience expect with this movie?

I want people to leave the cinema saying wow! I want when they get home they are thinking about it. And also the movie is prolife. I’m sure you are hearing about the anti-abortion debate going around the US we didn’t plan it to coincide but it has coincided. So we premiere in Washington DC July 6, and then premiere at the Polish film festival in September. It is the fact that every child has a right to life. Except if the life of the mother is endangered. I’m catholic I was supposed to be a priest. I went to the seminary and so somewhere somehow in my subconscious I’m still being influenced by Catholicism and I don’t make any apologies about it.