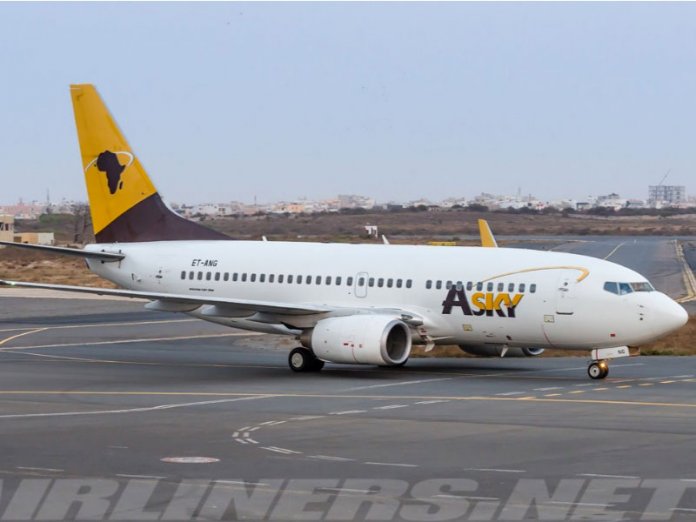 The pan African airline, Asky has launched its first flight to Johannesburg, South Africa.
The became effective on June 15, 2019

The General Manager of the airline, Mr Mobolaji Simon, stated said the flight would be Asky’s first long haul flight considering that the airline operates within West and Central Africa.

“We are proud of this achievement and we want to thank all our numerous customers who have stuck with us over the years.
“This new route is Asky’s first out of its usual coverage but we want to showcase to the world that we are not just a regional airline, but an airline with vision and stability, ready to expand beyond Africa,” Simon said.

The Johannesburg daily operation would be routed via Douala on some days and Libreville on other days with 40mins ground time before it heads directly to Johannesburg.

The airline said it dedicates a B737-800 ER for this new destination with a world class crew on board to deliver excellent on-board service all the way.