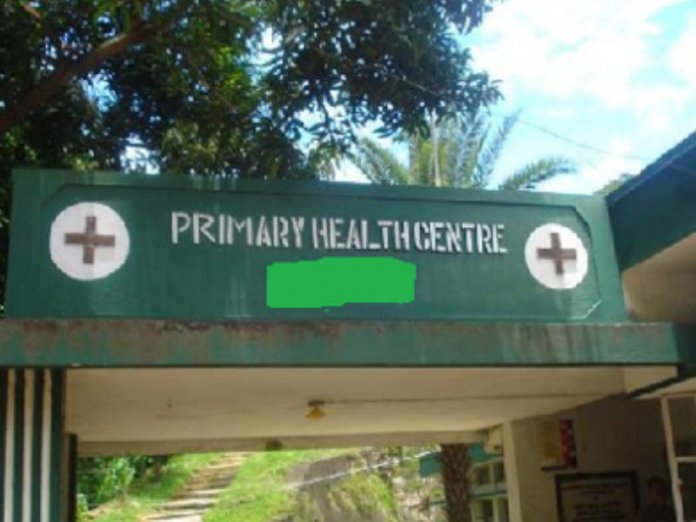 The people of Polobubo Tsekelewu community in Warri North Local Government Area of Delta State have called on the Delta State Government, as well as federal government to prevail on Chevron Nigeria Limited (CNL) to urgently deploy medical aids and save their lives from the raging and non-stop fire at the Ikpalakpalabou oil well-head operated by the American oil company.

They are also demanding potable water, food, among other things from the oil company to cushion the effect of the fire, which has been raging for over six weeks now, noting that the consequences of failure to take urgent actions is exposing them to terminal diseases.

The Ijaw community, during a peaceful protest to Government House Annexe, Warri, led by its National President, Ebilate Mac-Yoroki, claimed that the fire has polluted their water and food sources, leaving them in hunger and in dire need of medical attention.

In a presentation to Governor, Senator Ifeanyi Okowa, where it (community) urged him to prevail on the oil multinational to meet their demands, Mac-Yoroki lamented the unfair treatment, the people have suffered from the activities of the company despite its peaceful disposition towards it (CNL).

The protesting community had coincidentally met with the Deputy Governor of the state, Kingsley Otuaro, who had some businesses at the Government House Annex in Warri during which they presented their plight to the governor, stating that all efforts to get CNL to put an end to the inferno have yielded no results.

“The latest of these series of inhumanities is the uncontained, unabated fire that has blazed untamed on an oil-well head in our community for close to six weeks now. All entreaties to Chevron to save our lives from the toxic effects of this fire have yielded no result.

“A much more grievous injustice by this company that has feigned friendship, against our ever-welcoming and peaceful people is the ongoing attempt to cede our land to Ondo state and thereby fan another needless ethnic crisis,” the president stated.

Calling on Chevron to without further delay put off the fire, embark on an assessment of the toxic effects on residents and the immediate environment, as well as pay varying monetary sums as compensation for the disaster, the president noted thus: “About five days ago, precisely on Monday, the fire on the well-head became more severe, leading to further degradation of life of our people and our environment.”

“As we speak, there is a thick cloud of smoke over Polobubo, constantly raining soot and oil on our people. In this current situation, the oil-well fire has caused Polobubou and its people so much pains, loss and is leaving so much damages behind”, he added.

However, in order to ease the current hardship faced by the people due to the fire outbreak, the community in the presentation, co-signed by the President and National Secretary of Polobubo, Midwest Kukuru, demanded that “Chevron immediately send qualified medical doctors to start attending to all the sick and weak in the community.

They said: “We don’t need to die before they will believe that their activities are seriously affecting us adversely. We need clean potable water urgently because even the ones we currently drink have been polluted from their sources.
“We urgently need all sorts of food stuff because we no longer have access to our main source of livelihood; fishing, which is also our main source of food. Hunger is worsening in the community.

“We need Chevron to, with immediate effect, embark on a process of cleaning the waters within and surrounding the community immediately. This is because they provide life for seafood, it is still the only means of recreation for our children, but as it is currently polluted by crude oil and gas, we can’t fish, just as our children cannot swim in it. It is almost a ‘concentration camp’ experience for us currently.”