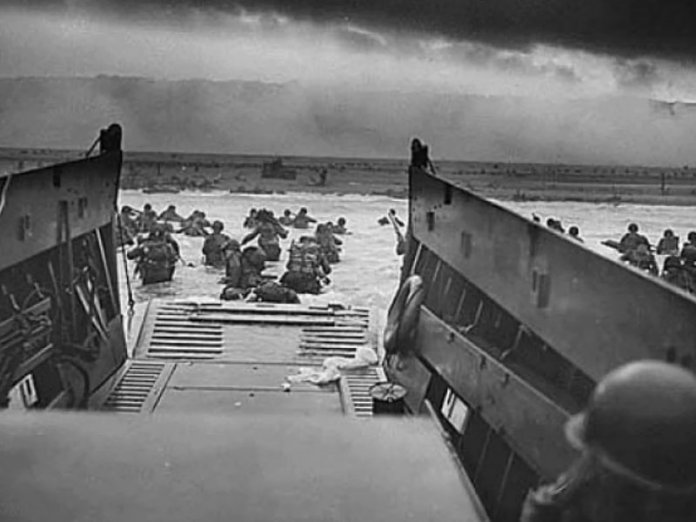 World leaders gather on the coast of southern England on Wednesday to mark the 75th anniversary of D-Day, the largest seaborne invasion in history and a feat that helped bring World War Two to an end.

Britain’s Queen Elizabeth and Prime Minister Theresa May will be joined for the commemorative event in Portsmouth by veterans and U.S. President Donald Trump, who is on the final day of a state visit to Britain.

“As we unite to pay tribute to those whose bravery and sacrifice on the beaches of Normandy marked a turning point in the Second World War, we will vow never to forget the debt we owe them,” May said in a statement ahead of the events.

“Their solidarity and determination in the defense of our freedom remains a lesson to us all.”

In the early hours of June 6, 1944, more than 150,000 allied troops set off from Portsmouth and the surrounding area to begin the air, sea and land attack on Normandy that ultimately led to the liberation of western Europe from the Nazi regime.

The invasion, code-named Operation Overlord, remains the largest amphibious assault in history and involved almost 7,000 ships and landing craft along a 50-mile (80-km) stretch of the French coast. Thousands were killed on both sides.

“Seventy-five years ago this Thursday, courageous Americans and British patriots set out from this island towards history’s most important battle,” Trump told a news conference in London on Tuesday.

“They stormed forward out of ships and aeroplanes risking everything to defend our people and to ensure that the United States and Britain would forever remain sovereign and forever remain free,” Trump said.

The commemorations will feature an hour-long performance recounting the story of D-Day and a flypast by historic and military aircraft.

On Wednesday evening, some 300 veterans who took part on D-Day, all now older than 90, will leave Portsmouth on a specially commissioned ship, MV Boudicca, and retrace their 1944 journey across the English Channel, accompanied by Royal Navy vessels and a lone wartime Spitfire fighter plane.