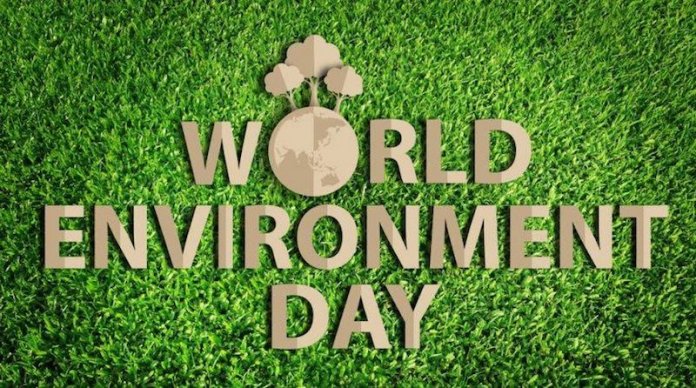 As humanity begins activities, tomorrow, to commemorate this year’s World Environment Day (WED), governments, industry, communities and individuals have been urged to take action to explore renewable energy and green technologies, and improve the air quality in cities and regions across the world.

The call is engrained in the theme of World Environment Day 2019, #BeatAirPollution. This year, China will host World Environment Day, with events taking place in the eastern city of Hangzhou; in addition, there will be a large number of events and celebrations around the world.

Data show that air pollution harms kids more than adults, and that “Breathing dirty air can slow mental development and cause numerous other health problems in children. Air pollution is responsible for almost 10% of deaths of under 5.”

According to the World Health Organization, every year, around 7 million people die prematurely from disease caused by air pollution. That is 800 people every hour, or 13 every minute, dying because of the dirty air they breathe. Approximately, 4 million of these deaths occur in the Asia-Pacific region.

The Global Assessment Report on Disaster Risk Reduction 2019, published earlier this month by the UN Office for Disaster Risk Reduction, further exposes how threats such as air pollution, diseases, earthquakes, drought and climate change combine and feed on each other to exacerbate their impact on human health and the environment.

“People and assets around the world are being exposed to a growing mixture of hazards and risks, in places and to an extent previously unrecorded. Heatwaves mixed with drought conditions can trigger intense wildfires that cause high levels of air pollution… a perfect storm is created by the complex interlinkages of different natural and anthropogenic events and processes,” says the report.

“As one of the most significant environmental hazards after climate change, air pollution contributes to the global burden of disease through atmospheric concentrations of greenhouse gas emissions and their precursors, particulate matter, heavy metals, ozone and associated heatwaves (…),” the report adds.

According to UN Environment, “This complex, existential challenge (of reducing air pollution) demands immediate attention and action. More than 6 billion people, one-third of them children, regularly breathe air that is so polluted it puts their health and well-being at risk. That is more than 90 per cent of the world’s population. In many developing countries, people face the double burden of indoor and outdoor pollution.”

Air pollution also goes to the heart of social justice and global inequality, said the UN environment body, adding “According to the World Health Organization (WHO), 97 per cent of cities in low- and middle income countries with more than 100,000 inhabitants do not meet air quality guidelines. That percentage falls to 49 in high-income countries.

“The good news is that air pollution is preventable. The solutions — laws, standards, policies, programmes, investments and technologies — are widely known and can be implemented. “Clean air is a human right. It is everyone’s right and everyone’s responsibility. Each one of us has a role to play in ensuring that the air we breathe does not end up killing us.”