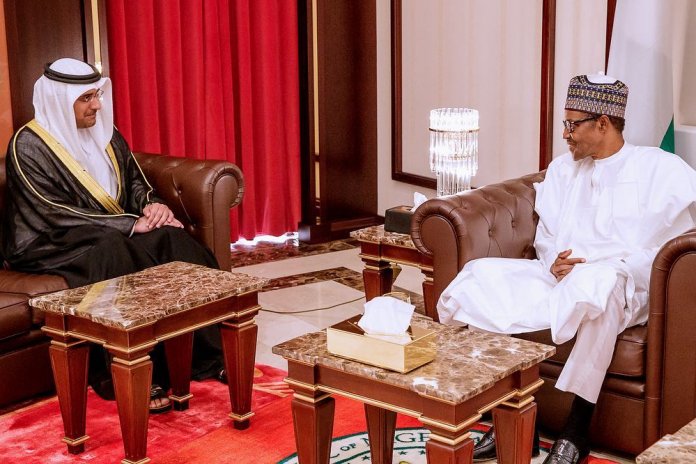 The United Arab Emirates (UAE) Ambassador to Nigeria, Dr. Fahad Al Taffaq, has said that the inauguration of President Muhammadu Buhari for his second term in office would further strengthen and improve relations between the UAE and Nigeria.

Dr Taffaq, who put the bilateral trade between the two countries around $1.2bn said both nations would do well to harness their potentials in building a bright and progressive future.

“To date, there are over 20 Nigerian trademarks registered with the Ministry of Economy in Dubai. The investments of Nigerians in the UAE rose to approximately $120m in 2016, this being due to the ease of doing business policy of the UAE government.

“Also, the latest figures released in 2017 by the UAE Ministry of Economy showed that the overall bilateral non-oil trade between both countries is about USD 1.2bn. The two main UAE airlines (Emirates and Etihad Airways) operate a combined 22 flights weekly from Abu Dhabi and Dubai to Lagos and Abuja.

“This is set to increase to 25 flights a week, as Emirates airline is increasing its Dubai to Abuja route from the current 4 flights a week to 7 flights a week (daily) starting June 1st 2019”, the ambassador said in a statement made available to journalists in Abuja.

The envoy said following a successful inauguration of Buhari and his vice, Prof. Yemi Osinbajo, the UAE looked forward to further solidifying its existing relationship with Nigeria.

He said, “It is important that we take advantage of our capabilities and unleash our potential to strive above expectations and push the boundaries of partnerships, allowing for a bright and progressive future for both nations.”

He said that although the UAE and Nigeria were separated geographically, both countries had over the years emerged as major regional players in their respective regions and as such, had strong bilateral relations with countries beyond their regions.

According to the envoy, the above scenario was the premise for increasing cooperation between both countries. “Nigeria currently has the largest economy in Africa, with potentials to grow further in various sectors of its economy.

“A strong interest in enhancing the mutually beneficial relationship can be seen in the number of high-level bilateral visits over the past few years.

“The most recent visit occurred on April 8, 2019 when His Excellency, President Muhammadu Buhari, delivered the keynote address at the 9th Annual Investment Meeting hosted in Dubai.

“As part of his official visit to Dubai, President Buhari also met with UAE investors in various sectors where they engaged in highly productive discussions around the shared interests of both nations.

“This represented the vast potential for the two nations to further bolster new partnerships based on mutual respect, shared concerns and values. There are tremendous opportunities for cooperation and investment between both countries”, he said.

The ambassador however called for the establishment of the right legislative infrastructure to enable both economies achieve more in their partnership.

According to him, the UAE had always viewed Nigeria as a key partner and as such, signed several bilateral agreements with Nigeria during President Buhari’s visit to the UAE in January 2016.

Some of the agreements include,  the Avoidance of Double Taxation Agreement and the Investment Protection and Promotion Agreement.

“Both have been ratified by the UAE in July 2017, but are currently awaiting ratification by Nigeria before they become effective. When in full effect, these agreements will further promote and protect mutual investments”, he added.