The President of the Nigeria Football Federation (NFF), Amaju Pinnick and four other senior officials of the federation were absent at the Federal High Court, Abuja yesterday at the first mention of the charge brought against them over an allegation of misappropriation of $8,400, 000 and N4billion belonging to the football body.

The Special Presidential Investigation Panel for the Recovery of Public Property (SPIP) had, earlier this month, filed a 17-count charge, marked, FHC/ABJ/CR/93/2019 against Pinnick and others, claiming among others that the money formed part of what was paid by the Fédération Internationale de Football Association (FIFA) to the NFF as appearance fees in the group stage of the Russia 2018 World Cup.

The NFF described the allegations as “frivolous and totally baseless” the charges filed against its president, Amaju Pinnick, and four other members of the federation by the Special Presidential Investigation Panel for the Recovery of Public Property led by Mr Okoi Obono-Obla.

Chairman, NFF Media and Publicity Committee, the NFF, Dr Yahaya Kwade, had in a statement said the charges were only aimed at scandalising the leadership of the football body.

“We (NFF) wish to state categorically that the charges filed by SPIP are frivolous and totally baseless. They are aimed only at scandalising the NFF and its leadership and nothing more, in order to mislead the unwary and uninformed. This is evident from the great facility with which the news of the charges, which were registered at the court’s registry May 7, 2019, was widely disseminated by SPIP and its collaborators.

“For instance, SPIP alleges that the leadership of the NFF moved N4bn from the NFF on November 3, 2018. The maliciousness and falsity of this charge is established by the fact that the alleged sum is about four times the 2018 NFF Appropriation in the FGN budget as approved by the National Assembly, which in total was N1.14bn, out of which only about N700m was cash-backed for the entire 2018 financial year.”

When the case was called yesterday, the defendants were not in court.

Lawyer to SPIP, Celcius Ukpong said the prosecution was unable to effect personal service on the defendants and applied for leave to serve through substituted means.

Ukpong said: “We have not been able to serve the defendants with the copies of the charges.

“As a consequence, we have filed an ex parte motion for substituted service. The defendants are evading service. We have been to their offices. They are on what we call administrative bail.

“But have been calling them to come to pick up the copies to their charges and we have been to their offices to serve them, all to no avail.

“We want to serve them through their offices by virtue of section 125 of the Administration of Criminal Justice Act.” 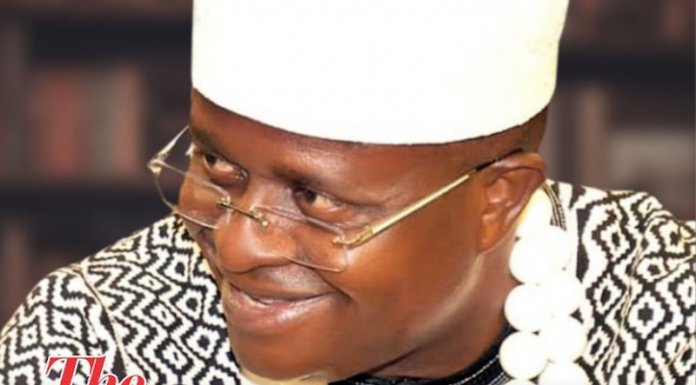