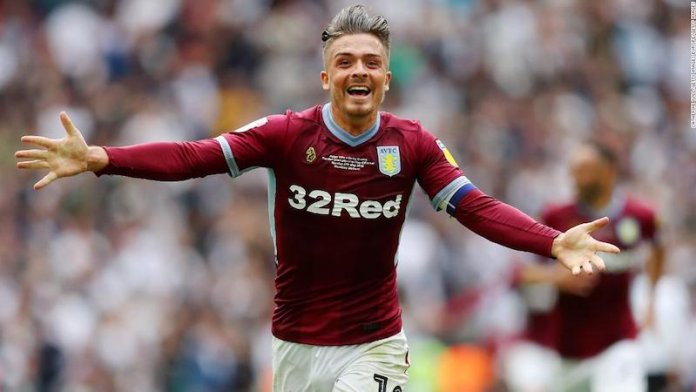 Aston Villa won promotion to the Premier League and secured an estimated £170m windfall as they held off a late Derby County fightback to win the Championship play-off final at Wembley.

Villa, beaten by Fulham in last season’s final, seemed to be cruising to victory when John McGinn added to Anwar El Ghazi’s first-half strike to put them 2-0 up with 30 minutes to go.

However, Rams boss Frank Lampard threw caution to the wind and his side set up a frantic finale when substitute Jack Marriott’s effort from eight yards took a deflection off Martyn Waghorn on its way in.

Despite seven minutes of injury time they could not force an equaliser and now face another season in the second tier, while Villa return to the Premier League for the first time since relegation in 2016.

Promotion at Wembley caps off a remarkable three months for Villa who had looked out of the promotion race before a club-record 10-match winning run saw them finish fifth.

Perhaps unsurprisingly given the value of the game, the first half was a cagey affair.

Rams midfielder Mason Mount was the first player to register a shot on target when he fired straight at Villa keeper Jed Steer from 20 yards late in the half.