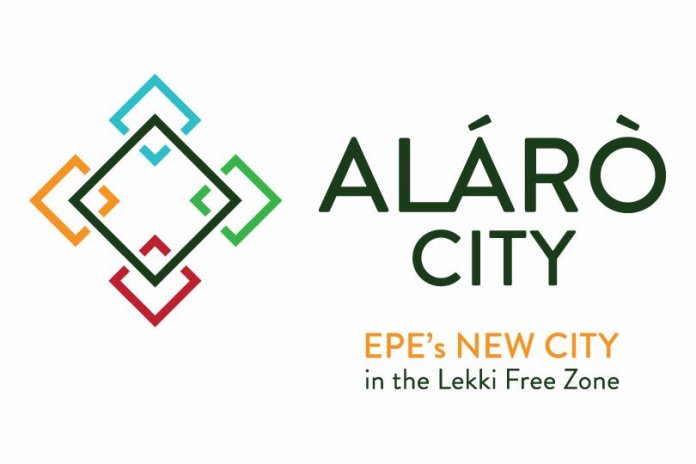 Alaro City, an inclusive new city in the Lekki Free Zone, has won “The Most Notable Development Project” award of the Nigerian Institution of Estate Surveyors and Valuers (NIESV).

Alaro City is an inclusive mixed-use, city-scale development with master-planned areas for offices, logistics and warehousing, homes, schools, healthcare facilities, hotels, entertainment and 150 hectares of parks and open spaces. Rendeavour and Lagos State Government, through their subsidiary, North West Quadrant Development Company (NWQDC), have planned Alaro City as a 2,000-hectare, market-led project. NWQDC is authorised by both the Federal Government of Nigeria, through the Nigeria Export Processing Zones Authority, and the Lagos State Government as an entity to develop, operate, administer and manage Alaro City as a Free Zone.

Speaking at the honours night dinner, Alaro City’s CEO, Odunayo Ojo thanked NIESV for the recognition and dedicated the award to the team behind the project.

“This is testament to the hard work and dedication by the whole team at Alaro City,” said Ojo, who continued that Alaro City’s success “is not possible without the co-operation of our partners, the Lagos State Government.”

In January, Rendeavour, Africa’s largest new city developer, formally launched Alaro City. Situated in the Lekki Free Zone, the city has received fast-track investment from Rendeavour due to high demand from the Nigerian market. The first manufacturing facility, constructed on 5.4 hectares, is due to be operational by August. Additional facilities for steel fabrication and fast-moving consumer goods are under development. The first phase of urban infrastructure, including the first three kilometres of road, water supply and an independent power plant, is underway and due for completion by December.

“We congratulate Alaro City on receiving this award,” said Olurogba Orimalade, the Lagos Chapter Chairman of NIESV. “Alaro City is providing unique solutions to rapid urban growth, not just to the Lekki Free Zone, but to Lagos State and Nigeria.”