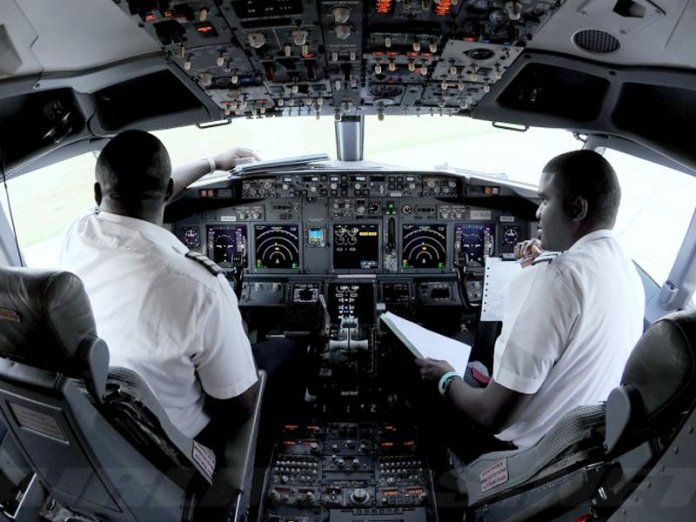 Industry experts have expressed concern that in the coming years, Africa may not have enough pilots to fly commercial planes in the region due to global scarcity of pilots and inadequate training of such skilled manpower in the continent.

World’s major aircraft manufacturer, Airbus has projected that there would be global need of about 600,000 pilots in the next 20 years, to operate about 50, 000 aircraft and expressed the fear that such manpower might not be readily available.

This, the experts say, would be worse in Africa, as airlines from the region may not sustain competitive emoluments needed to keep pilots, who are free to move to any parts of the world where there are more attractive salaries and better welfare packages.

Industry consultant and CEO of Plane Talking Communications, Linden Birns, noted that with increasing demand of air travel, it was envisaged that airlines in the continent would acquire more aircraft and the challenge the airlines would face would be to get the pilots that would fly the planes.

He said that in the next 20 years the region would require about 1000 commercial airplanes and there would be need for pilots to operate them.

“We are talking about the requirement of well over a thousand commercial jetliners over the next 20 years. There will be need for people who can operate those aircraft, people who can support and maintain them.

“So there is not enough effort and energy being put into recruiting or bringing together a pool of talent that we can tap from,” Birns said.
He also noted that pilot demand was international so airlines that want to keep them must provide them enough incentives and pay them competitive salaries in order to keep them.

“The other challenge in Africa is that the skills are international demand because the demand for air travel and the growth of the industry is not only happening in Africa; it is happening all around the world and the skill is a very precious commodity so that people who have got the skills can command good salaries and packages anywhere else.

“So it is one thing trying recruiting and employing and another in keeping them happy and keeping them in the area without losing them to elsewhere, which means you have to be competitive in the remuneration packages you are offering.

“You have got to make sure people got good career prospects,” Birns noted.
He said skills acquired by current pilots may not meet what was required in the future because airplanes are becoming more sophisticated and more complex, which means that they would need pilots with advanced skills to operate them.

“Another problem we are getting in Africa is that the way aircraft is designed and manufactured and going to be flying in future requires a new set of skills to the ones that pilots needed 30, 40 or 50 years ago.

“So we have to make sure that when we are attracting people and equipping them with the necessary skills through education, we would be doing it with a view to the future; not with the view to the past,” Birns also said.

“I have an un-contradicted belief that the numbers of flight delays and cancellations which annually and generally are more than 50 per cent of scheduled flights cannot be unconnected to shortage of crew. Otherwise, how do you explain some airlines that are having more than 20 aircraft in their fleet and not operating to more than 10 airports mostly within one-hour flight elapse time to each other yet having delayed and cancelled flights; the reasons are more technical and administrative than operational,” he said.