The Chairman of the Presidential Election Petition Tribunal, Justice Zainab Adamu Bulkachuwa, Wednesday finally succumbed to pressure by the presidential candidate of the Peoples Democratic Party (PDP), Alhaji Atiku Abubakar, to recuse herself from hearing his petition and that of his party, against Buhari’s victory in the February 23 poll.

Bulkachuwa, who is also President of the Court of Appeal, had chaired the inaugural session of the tribunal, despite moves by the PDP and Atiku to ensure she was not part of the panel.

PDP and Atiku had demanded Justice Bulkachuwa’s recusal, citing involvement of members of her family in the All Progressives Congress (APC), one of the respondents in the petition.

After she ignored a petition written on May 8, 2019 against her membership of the panel, and a further private meeting in Chambers to persuade her to withdraw from further participating in the proceedings, the PDP filed a formal petition on grounds of likelihood of bias.

Atiku’s motion on notice, which was argued by his lead counsel, Dr. Livy Uzoukwu (SAN), prayed Justice Bulkachuwa to recuse herself from further sitting and participating in the hearing of the petition on the allegation of likelihood of bias against him.

PDP and Atiku submitted that Bulkachuwa might not be fair to them, owing to the fact that her husband, Ambassador Adamu Mohammadu Bulkachuwa, is a member of the ruling APC in Bauchi State.

Her son, Aliu Abubakar, was also said to be an APC member and was an aspirant on the platform of the party in Gombe State in the last governorship election.
Besides, Atiku informed the tribunal in his motion on notice that the husband of the Appeal Court President is not only a prominent APC member, but a senator-elect to represent Bauchi North senatorial district in the Ninth National Assembly.

Bauchi is one of the major states whose results are being contested before the tribunal.
The petitioners argued that the senator-elect when inaugurated next month will automatically become a member of the National Convention of the APC being the highest organ of the party and may have influence that may affect the petition.

Atiku further stated that with the relationship of the Appeal Court president with her husband and son, both of whom are members of the APC, there is likelihood of bias against him in the eyes of the reasonable members of the public.

Justice Bulkachuwa was also said to have shown signs that she might have a mindset on the petition when she stated at the inaugural session of the tribunal that no matter how well an election was conducted, there would be complaints.
He, therefore, prayed Justice Bulkachuwa to disqualify herself from further taking part in the hearing of his petition in the interest of justice, fair hearing and fair play.

In their separate submissions, they argued that Atiku and PDP did not disclose any cause of action against Justice Bulkachuwa and urged the tribunal to dismiss the motion.

In his ruling, Justice Peter Olabisi Ige, held that Atiku and PDP did not make allegation of bias against the Appeal Court president but merely raised issue of likelihood of bias.

The judge said the two petitioners failed to substantiate their claims on how the relationship the Appeal Court president has with her husband would negatively affect the determination of the petition.

The tribunal held that section 42 of the 1999 Constitution frowned on gender discrimination.
It, therefore, said what Atiku and PDP brought before the tribunal was a violation of that provision having discriminated in a brazen manner against Justice Bulkachuwa.

He also ruled that no inference of likelihood of bias could be inferred from the speech delivered by Justice Bulkachuwa at the inaugural sitting of the tribunal on May 8 that she had pre-judged the petitioners’ petition.

Justice Ige dismissed the motion for being unmeritorious and unconstitutional.
“I have deeply ruminated over all the affidavits by various parties and I have come to a conclusion that the applicants have not been able to establish the need for the President of the Court of Appeal to recuse herself from presiding and participating in the hearing of the applicants’ petition before the tribunal.
“Consequently, the application is hereby dismissed for lacking in merit”, Justice Ige said.

All the members of the panel, including Justice Bulkachuwa, agreed with the lead ruling.
However, immediately the ruling was delivered, Justice Bulkachuwa grabbed the microphone and announced that she would opt out of the tribunal for personal reasons.

She, however, expressed joy that the matter had been settled “based on facts and the law” so that “another female judge will no longer have to face what I have faced.”

She said a new presiding justice would be appointed for the panel, but that the four remaining members of the panel would continue with the hearing of the preliminary applications pending the appointment of the new head of the panel.

She said: “I have allowed the ruling on the application urging me to recuse my membership of the tribunal to test the position of the law.
“Now that the application has been dismissed on account of incompetence, I hereby announce my withdrawal from the panel.
“The remaining four members of the panel would remain while step would be taken to appoint my replacement,’’ she said. 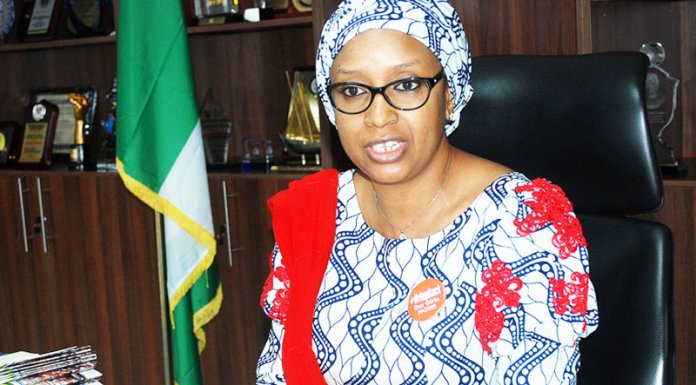