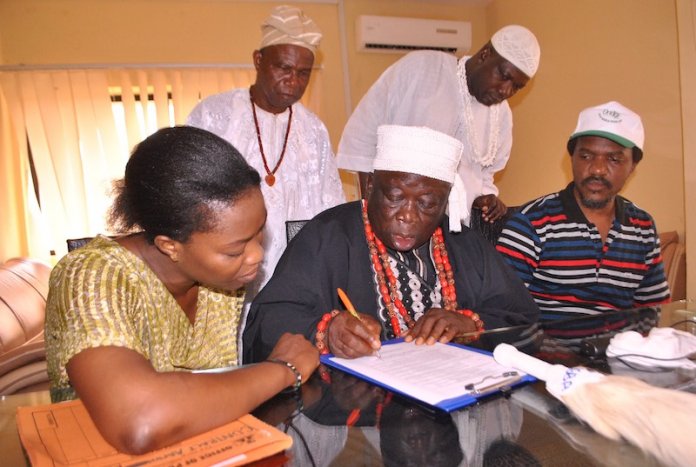 In this report, Kayode Fasua captures the excitement of the coastal people of Ugbonla in Ondo State, many who have never seen electricity in a lifetime, as the state government is set to give them light

Like the seemingly fairy but real tale of the Koma people of Adamawa State who at a time went about naked, the story of Ugbonla, a coastal community in Ilaje Local Government Area of Ondo State evokes yet another drama.

For years on end, the locals of Ugbonla have been living in darkness as the community is dimly lit at night with lanterns, candles and by the benevolence of nature’s moonlight.

However, there are now indications that there is a glimmer of hope for the locale, as the administration of Governor Rotimi Akeredolu, having initiated a solar-power devise in solving the problems of electricity in various communities of OndoState, has taken steps to rescue Ugbonla from its hiatus.

Rationalising the state of backwardness in the community before the latest cheery news, a fisherman in the area, Mr. Raphael Ehinmisan, told THISDAY, “You see, the truth is that most of our people who have never travelled out of this area don’t know what electricity is all about.

“In fact, my advice to government is to first of all do a sensitisation programme on what electricity is about. They should probably bring a celluloid so that people will see what they mean by electricity; otherwise, on the first day the light is switched on, a lot of people will faint out of shock, that they are experiencing the anger of the gods or that Sango, the god of thunder, is about to strike. Indeed, some can develop stroke”.

Greatly enthused that Ugbonla is sure-footed to witness salvation through electricity, the Special Adviser to Ondo Governor on Public Utilities, Mr. Tunji Ariyomo, an engineer, revealed to THISDAY that the next community to enjoy round-the-clock electricity in Ondo State is the strategic town of Ugbonla.

He spoke at the sidelines on an occasion where he delivered this year’s distinguished lecture of South West Herald Group, an intellectual body composed by young professionals, held in Akure, the state’s capital, recently.

Ariyomo said that following the success of the Gbagira town solar mini-grid power project that came on stream recently, the state’s joint venture partner-Messrs A4 and T Power Solutions, has formally requested for a date from the Governor Akeredolu-led administration to officially flag off the construction component of the Ugbonla power project, as part of the Phase 1 of the Ondo State Electricity Improvement Scheme (OSEIS).

When completed, the Ugbonla mini-grid electrification project would bring to six, the number of towns and communities being powered by solar energy in Ondo State, under a scheme initiated and funded by the state government.

The OSEI scheme started last year in Ondo State by the state government as a way of jump-starting availability of uninterrupted power supplies in the state, for the purpose of powering productive clusters and residential areas, Ariyomo revealed.

Various private power-service providers were engaged by the state to provide electricity for isolated communities and business hubs. The biggest power plants under the scheme are expected to be located in Igbokoda in Ilaje Local government area of the state and in Alagbaka in the state

According Ariyomo, “one of the objectives of the Ondo State Government includes the ability to power un-served or abandoned communities as well as all offices housing its businesses, and ultimately, all residential estates wholly owned by the government.

“As at today, we have impacted in excess of 1,750 homes in Aboto, Ebute Ipare and Igbobini, with stand-alone solar systems in each house. We have impacted additional 470 houses with solar mini grid in Gbagira. We have also positively affected businesses and entrepreneurship in the Gari (a popular staple food) processing cluster, near Igbatoro in Akure.”

Only late last year, the administration of Akeredolu reversed the age-long deprivation as per lack of electricity, as it restored power to communities in the area, in communities in Ikale, Ilaje and Ese-Odo local council areas, many of which are marooned by coastal surges and sundry deluge.

Declaring open the power restoration programme which was executed by R. R. Reynolds-one of the state’s power service providers at the period, the governor assured other communities in the area that he would not relent until power was fully restored to all the benighted communities in mostly riverine southern senatorial district of the state.

He explained that the solar power systems were immediate palliatives for the most deprived parts of the district, and were being deployed as a start-off point, even as he assured the people that the company handling the project would soon put a major hybrid reciprocating gas engine in Igbokoda, the hub of Ilaje and Ijaw ethnic nationals that cluster the area.

Akeredolu also promised the people that the power from the national grid would eventually reach many communities in the area, as the Niger Delta Power Company (NDPC) would be carrying out major rehabilitation works on the power distribution infrastructure.

“The solar systems that have been given to these two communities will become backups to our major mini-grids, and the power from the national level, as soon as they are ready,” he assured.

The governor further explained that a mini-grid power plant would be sited for the use of the Ondo State University of Science and Technology (OSUSTECH), Okitipupa.

Akeredolu, who had two major town-hall meetings with the people of Ilaje, Eseodo, Irele and Okitipupa, urged them to protect the facilities from vandals.

He expressed deep concern over the long disconnection of an entire senatorial district from the national grid.

“How can I be happy when a whole senatorial district of my state is in darkness? The South is our industrial base and we have been moving from one place to another, wooing investors. We’re determined to explore our bitumen and resuscitate all our moribund industries and therefore, we must have electricity,” he protested.

Enthused, the community’s monarch, the Olu of Igbobini in Eseodo Local Government, Oba Raphael Oyedele, had thanked the governor for the intervention. He also described Akeredolu as God-sent, following years of being in total darkness.

“Akeredolu, you have brought back God to Igbobini; because, a place without light does not have God. We thank you,” an enthralled Oba Oyedele commended.

Also, the traditional ruler of Aboto community in Ilaje Local Government, the Alaboto-elect, Ofoaye Oyetayo, applauded the gesture of the governor for resolving an 11-year-old blackout problem in his community.

“We have been in darkness for 11 years. We are happy about your gesture, Mr. Governor. You surprised us with this good thing. It’s been 11 years we had power supply last in Aboto and the rest of Ilaje communities,” he said.

Meanwhile, Ariyomo said the Igbobini, Aboto electricity activation and the impending similar activation in Ugbonla was only a tip of the iceberg, as the Akeredolu administration had series of power projects lined up for most rural communities in Ondo State.

“With mini-grids, we shall be providing private power for places like Igbokoda, Igbekebo, Ode Omi, Iju Odo, Ilutitun, Kiribo, Igbootu, Ala Elefosan, Ugbonla, Aboto, Oda, Aponmu, Auga, Oke Igbagbo, Ese by Ogbagi Akoko, Bamikemo in Ile Oluji, and several other places, with the communities themselves owning as much as five percent of the equity in the power plants,” he assured.

According to him, l Akeredolu has declared emergency on blackout in the Ondo southern district, through a two-prong approach that includes direct intervention by the state government, as well as grid-tied intervention through federal agencies such as NDPC, Transmission Company of Nigeria (TCN) and the Niger Delta Development Commission (NDDC).

He added that the state government is currently covering over 60 per cent of houses in Igbobini with stand-alone solar systems under the SHoPU scheme.

“Apart from Igbobini, the Aketi Power Team is also currently working in Aboto in Ilaje Local Government. Over 80 per cent of the houses in Aboto now have light.

“We have started Ebute-Ipare’s, and not too long from now, Igbokoda will be having a major hybrid reciprocating gas engine, with a solar-farm backup, while a dedicated Independent Power Project (IPP) is due for OSUSTEC to power the university and certain parts of Okitipupa,” Ariyomo said.

The adviser, however, explained that the stand-alone solar system is different from the mini-grid, saying that the former was only being deployed as an immediate palliative in those communities, while the latter was meant to be a lasting solution, in the meantime. 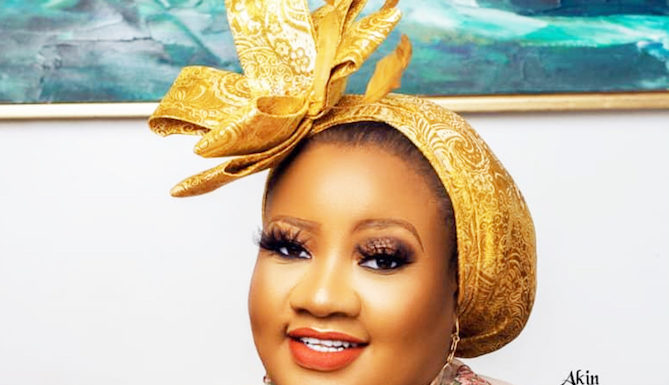