A presidential committee set up by the Attorney General of the Federation and Minister of Justice, Mr. Abubakar Malami, has disclosed that the federal government and some Niger Delta states – Bayelsa, Rivers and Akwa Ibom lost $46 billion or approximately 1.6 trillion to oil companies operating in the country under the  Deep Offshore and Inland Basin Production Sharing Contracts (PSC) Act.

The panel, has therefore, recommended that the oil multinationals should pay the said sum to the federal government and the affected states, which are entitled to 13 per cent of the entire amount.

On October 17, 2018, a seven-man Supreme Court panel  decided on a consent judgment brought before it by the three Niger Delta states.

The crux of the matter was that in 1993, the then military federal government entered into a contract with the oil companies to explore oil and gas in the deep offshore and inland basins of Nigeria.

The two parties had agreed that if at any point the price of crude oil exceeds $20 per barrel, both parties would renegotiate the sharing formula as contained in the law.

Since then, the three states argued, oil had soared from nine dollars to above $20.

Therefore in 2016, the states took the federal government to court through their respective  Commissioners of Justice.

The court led by the then Chief Justice of Nigeria (CJN), Justice Walter Onnoghen, gave the order in a consent judgment  and adopted it as its judgment.

“The AGF is expected to work with the three states to “immediately set up a body and the necessary mechanism for recovery” of all the lost revenue since August 2003,” the Supreme Court directed.

Also, the apex court ordered that within 90 days, the federal government should put in place the mechanism for the recovery of the lost revenue.

But Speaking with THISDAY, a lawyer to the three Niger Delta States, Chief Lucius Nwosu (SAN), said that the panel after a thorough analysis of the 26-year error, has now decided that the oil companies will pay $46 billion to the benefitting states and the federal government.

The senior lawyer admitted that the matter was a delicate one, alleging that several interests had cropped up over the matter, thereby slowing down the enforcement of the supreme court judgment.

“It is a delicate case. Once a case involves the big oil companies, a lot of interests come to play. They have a big purse and within the corridors of power they have planted people who pretend to be working for Nigeria, but are working for the oil companies.

“But you don’t blame them, they are here to do business and sometimes the end justifies the means for them. But the Attorney General seems to have done so well in that particular aspect.

“All attempts to sabotage the judgment of the supreme Court he has resisted, but the people who are on the hire of the oil companies are not resting.

“So, there is internal economic sabotage going on, but fortunately, I don’t think these people will succeed if a government is responsible enough. That is the way I look at it,” he said.

On whether the governors should return to the apex court before the judgment is implemented,  Nwosu explained that it might not be necessary, adding that the federal government must muster the political will to ensure the enforcement of the judgment, especially since both parties agreed to it.

“They (governors) don’t necessarily have to go back to the Supreme Court. All they have to do is to say gentlemen we have a judgment and we are making a demand, pay us.

“If you (FG) wants to forgo your own 87 per cent, go ahead, but our own 13 per cent give it to us, because this judgment is final and it is even more delicate when we are talking about what they call a consent judgment. That is when the two sides, plaintiff and defendant, agree to the judgment or what was in contest and then submit to it,” he explained.

According to him, the issue should not be allowed to linger for too long, since it had been decided by the highest court in the land as a consent judgment.

“That’s why it is a more difficult judgment for anybody to impeach. This judgment is from the apex court, so, there is nowhere else to go,” Nwosu explained. 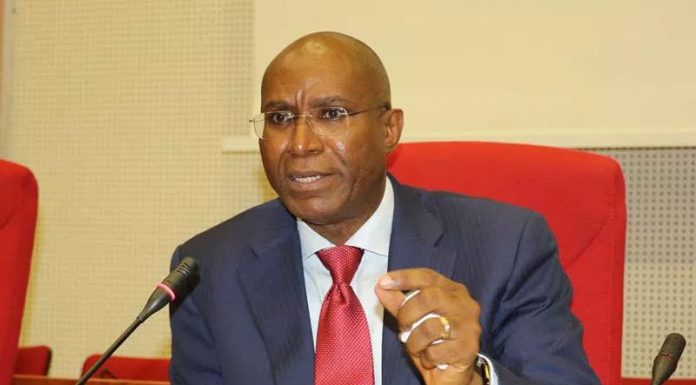