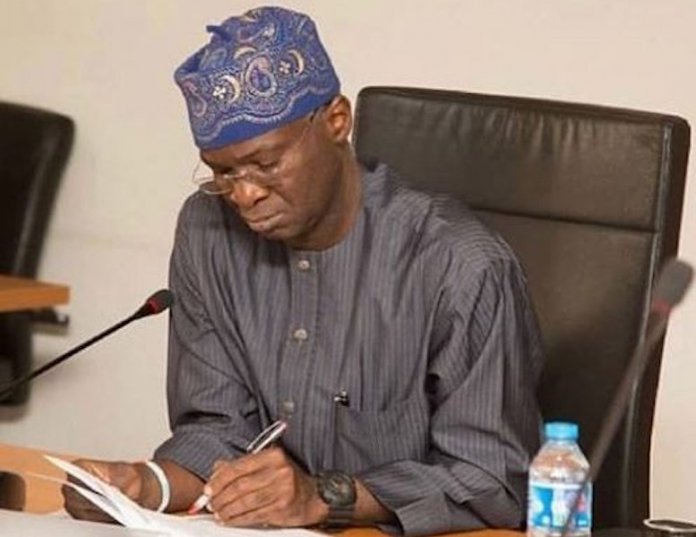 In furtherance of its undying resolve to addressing housing issues bedevilling the nation, the federal government has revived the National Housing Programme in Anambra State which has been stalled due to paucity of funds 32 years after the project was conceived.

The Minister of Power Works and Housing, Mr. Babatunde Fashola, had earlier approved the deployment of public private partnership agreement with the Association of Allottees of Federal Sites and Services Scheme, Umunya/Awkuzu to provide basic infrastructure on the site.

The minister, in a statement issued Sunday by the Press Information Officer of the ministry, Mrs. Renate Michael, said that respite however came the way of the Umunya and Awkuzu communities in Uyi Local Government of Anambra State as the federal government effectively revived the stalled provision of infrastructural facilities at the Federal Sites and Services Scheme over the weekend.

Fashola, who was represented by the Director Highways, Construction and Rehabilitation, Mr. Yemi Oguntominiyi, at the flag-off ceremony, said: “The project, which was in the pipeline since 1987, had acquired a large piece of land measuring about 236 hectares at Awkuzu, Section A, for the purpose of developing the National Housing Programme. 2,800 plots were allocated to members of the public since 1993 but due to paucity of funds the site had remained undeveloped.”

Earlier, the Chairman of the Board of Trustee, Association of Allottees, Col. Michael Onuorah (rtd), applauded the efforts made by the minister to ensure the project came alive and proudly declared that the allottees would finally actualize their housing dreams.

He assured them that the association is poised to deliver a modern and befitting estate that would be the envy of all, while seeking for the cooperation from all stakeholders to ensure a hitch free process during the site construction.