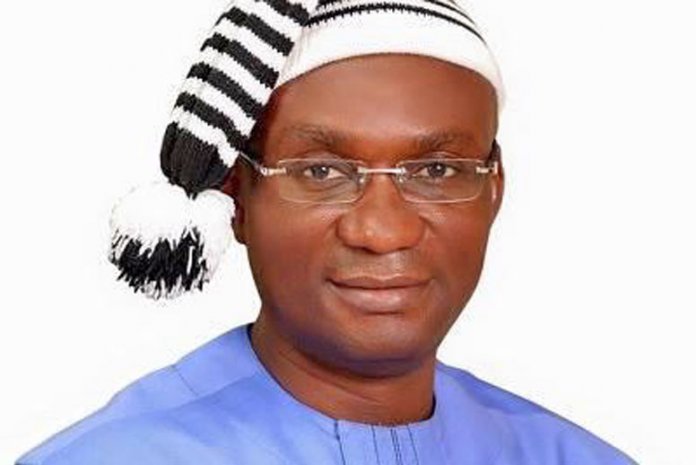 In 2015, after winning a seat in the Abia State House of Assembly, rumours filtered into the media that Engineer Chinedum Orji was set to contest for the position of Speaker. Quickly, Orji quashed the rumour. Apparently, since he was new to legislative politics, he had decided to bid his time and pick up valuable lessons on House politics, while focusing on connecting with the people of his constituency, Umuahia Central.

During his four years as a legislator at the state assembly, Orji, who is the current Majority Leader of the House, pioneered a new form of engagement that has been described as ‘direct touch’ where he personally inspected community projects he embarked on, rather than delegate such duties to aides. With ‘direct touch’, Orji was able to connect with the day-to-day struggles of his constituency and initiate projects based on actual realities, not textbook philosophies.

To list Orji’s achievements in his first four years as a legislator is a job that deserves a book. He gave money to business start-ups and provided empowerment equipment such as sewing machines and electricity transformers. He funded education scholarships. He sank boreholes and renovated classrooms. A list of some of these achievements has been documented. It takes just a search of his name, Chinedum Orji, on the world’s largest librarian, Google, to confirm this assertion.

In appreciation of his admirable work as a legislator, several organisations and groups have recognised Orji with individual awards, singling him out as one of the shining lights in Nigeria’s current dispensation of politicians. The latest one was announced by the Nigerian Association of Christian Journalists, which described Orji as one of the Nigerians with “a high level of integrity”.

When Orji put in for re-election in 2019, it was practically impossible for him to lose. A source close to Orji confirmed to this writer that the 2019 election was far easier to win than the 2015 contest. He had been given the opportunity to serve his people, and, subsequently, won their hearts.

Now, after serving for four years and having been re-elected for another term, there are several signs to suggest that Orji is set to become the Speaker of the Abia State House of Assembly, even if he has not formally declared his intentions. He has gained the requisite experience required of such a position. He also has the political clout and support to match his boundless enthusiasm for public governance.

While no one has openly challenged Orji’s suitability for the position, the popular criticisms marshalled against him are, unfortunately, mired in the facetious politics of fear, suspicion, distrust and blatant deceit. Some have gone ahead to link Orji-as-speaker to the impeachment of the sitting Governor, Okezie Ikpeazu, in spite of the fact that they belong to the same party, PDP.

The calumnious campaign against Orji, especially in the realm of fake news media, has a long history. The reporting is skewed, cancerous and puts to shame the values of journalism as a profession.

In 2012, Senator T.A. Orji, who is now a Senator of the Federal Republic of Nigeria was asked about the baseless rumours about his son and he gave a careful, thoughtful reply, which is apt enough to be re-printed here: “When people talk about a private citizen, a qualified engineer who is practicing, doing his private professional duties, so when people bring him into governance, we say it is mischief of the highest order.”

“A young man with positive vision. I can tell you that many people talking about him have never seen him before, he is not the talking or outgoing, social or moving about type, he is busy minding his business. But I can tell you that why many people are trying to blackmail him is because, this is a young man who has a positive vision of ensuring that youths of the state are empowered.

“Now, I can tell you that he has the Abia Youths Empowerment Scheme, and through that place he has given scholarships to many Abia youths even indigent students. During the election of his father, of course there is nobody that his father would be in an election and he/she goes home to sleep leaving your father to do it alone. He had to play a role by mobilising the youths to make sure that his father was re-elected and because of that many people see him as a role model. He has a heart for the youths and is committed to ensuring that Abia youths are empowered to greatness. So it is laughable when people ignorantly and mischievously talk about Engr. Chinedum Orji without highlighting the positive impacts he is making on Abia youths.”

It is important to reiterate that the senior Orji made the above remarks in 2012, three years before Orji was first elected into the Abia State House of Assembly. In essence, even before he became a legislator, Orji was already in the business of improving the lives of Abians, through his own personal agency. For him, political power is not an end, only a means to continue to improve the lives of Abians.

Orji, who has been described as a gifted orator, an astute businessman, a gentleman par excellence, a phenomenal philanthropist, a community builder, a political bulldozer, a democrat, an efficient team player, an inimitable administrator, a loving father, darling husband and the Ikuku of Abia, is an Engineering graduate of the Federal University of Technology (FUTO). On completion of the National Youth Service Scheme (NYSC), he set up his own business with his personal savings and went on to become an employer of labour. Happily married with children, his belief is that the weak, the downtrodden, should be given opportunities to rise and become capable; this conviction has reflected in his many political choices.

As Speaker, Orji will bring to the table years of grassroots engagement and an astute mind geared to navigate the natural complexities of legislative politics. He has the mien, the charisma, the technical skills, and even the geopolitical advantage. Based on the PDP zoning arrangement, the position of speaker is expected to be filled by a legislator from Abia Central Senatorial Zone, Orji’s Zone.

These are not mere platitudes. As Majority Leader, Orji conducted himself in the finest of manners. There is no record of him stoking division or pursuing selfish interests inimical to the good of Abia State. It is only logical to assume that, as Speaker, he will carry on the good work and elevate the stature of law making in Abia State.

So who is afraid of Chinedum Orji? Only those who do not pay conscientious attention to the drumbeat of recent history, and whose minds are so darkened that they cannot perceive the dawn of brilliant light.