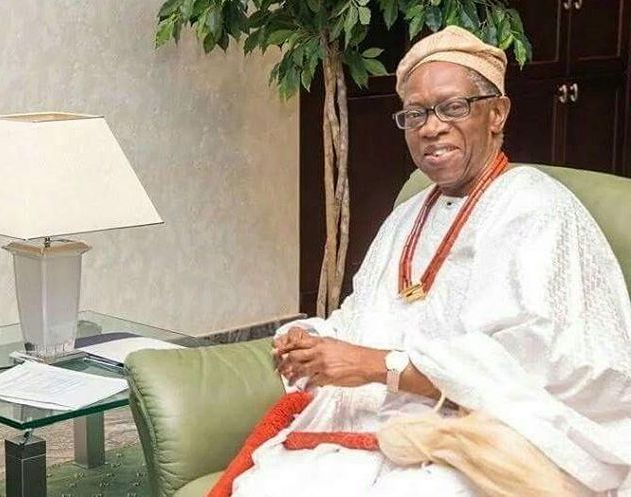 The dignitaries including the General Overseer of the Redeemed Christian Church of God, Pastor Enoch Adeboye, the Senate President, Bukola Saraki and the Ondo State Governor, Mr. Oluwarotimi Akeredolu among others,  poured encomiums at the interdenominational service held for the Ondo State First Class monarch at the ancient city.

Adeboye, who was represented by the National Overseer of the RCCG, Pastor Joseph Obayemi,  described the late Olowo as a man with good legacies.

He said that the late monarch had written his name on gold, serving God and humanity in his entire life.

Oba Olateru-Olagbegi aged 77 died on April 16 after a brief sickness.

According to the cleric, the monarch had already lived a fulfilled life, as a king,  a family man and as a Christian.

To the Senate President, the late Oba Olateru Olagbegi had played good roles for the development of Nigeria.  Saraki noted that the late monarch exhibited hard work, diligence and integrity.

The Senate president stated that the king impacted and contributed to  lives across the country, saying that he would be remembered for in Nigeria. In his remarks Governor  Akeredolu of Ondo State described the late king as a pride to the state.

Akeredolu stressed that the state would miss his immense contributions to development of the state.

Earlier in the day, a valedictory court session was held within the premises of Ondo State High Courts premises in honour of the departed king.