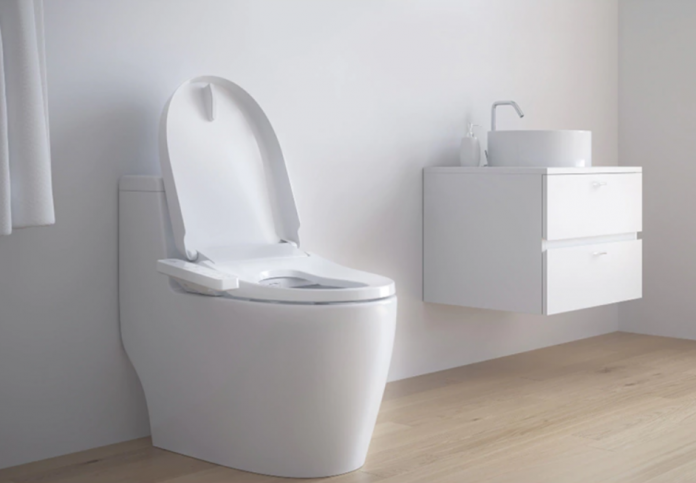 Hamid Ayodeji
A bathroom solution and kitchen fittings company, Grohen, has unveiled new ceramic seats as part of its efforts to provide customers with high standard of hygiene.

The President, Grohe, Middle East Africa and East Mediterranean, Renu Misra, stated that the Grohe Manual Bidet Seat was made of sturdy Duroplast, and comes with the shower feature of a classic smart toilet or bidet.

This, it stated makes it a combined modern design with functions that leaves one feeling fresh as water is used for cleaning.
According to him, the new smart ceramic seat is attached to a WC ceramic and the seat does not require electricity because the spray is operated by a side lever powered only by water pressure, putting the control at your fingertips for an effective but gentle cleaning experience.

Misra, was quoted in a statement to have explained that, “The durable Duroplast seat is easy to clean and can be used to quickly and easily upgrade any conventional toilet without having to replace the current ceramic or connecting it to a power source, with its slim and flat design the bidet seat fits into the bathroom and is the perfect complement to the GROHE ceramics line.

“Also, operating the bidet seat is simple and efficient with the help of a side-mounted lever, two separate shower arms, one for the ladies and a standard shower, it can be controlled.

“In addition, the applied water pressure is pleasant. Both shower arms are cleaned prior to every use and guarantee extensive hygiene throughout.”
He also disclosed that the highest level of convenience and hygiene was provided by the Sensia Arena smart toilet, due to the strength of the water pressure and position of both shower arms with the individually desired temperature and a type of jet that can be controlled by the user.

Misra added, “The highest level of convenience and hygiene is provided by the Sensia Arena smart toilet. The strength of the water pressure, the position of both shower arms, the individually desired temperature and the type of jet can be controlled by the user.

“The Sensia Arena also offers many advantages. In addition to odour extraction, the shower arms of the all-rounder among the smart toilets are automatically cleaned before and after each use. Meanwhile, when not in use, the shower arms are safely hidden behind a removable nozzle shutter with antibacterial properties, preventing 99.9 percent of bacterial growth.

“In addition to the innovative AquaCeramic coating, the rimless toilet design and the powerful triple vortex flush, the smart toilet also features a new and innovative technology for greatest possible hygiene.”