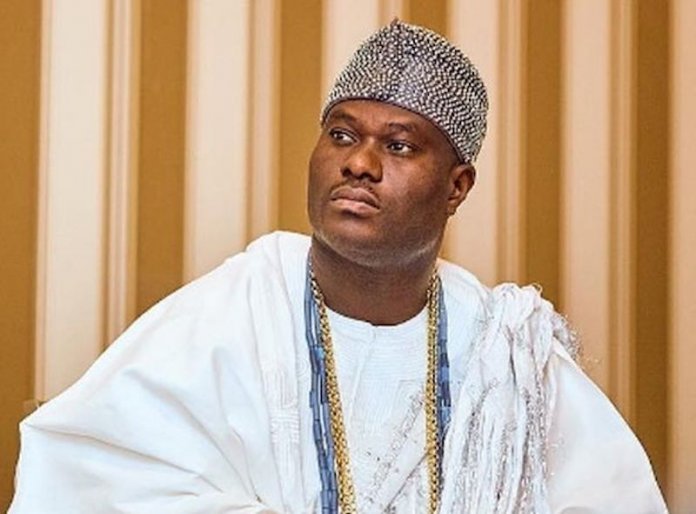 While addressing the gathering, Ogunwusi who could not hide his joy explained that the success of the initiative within the last four years has revealed to him that “it is only a lazy youth that will remain idle in Ife.”

He said, “This initiative covers all categories of individuals across vital economic sectors, including the specially created ones that most of you refer to as the physically challenged.

According to him, “I thereby call on our teeming youths and women across Ile Ife and beyond to take advantage of this initiative which is absolutely free to acquire necessary skills for absolute economic independence and all round prosperity.”

Earlier, in her speech, the lead speaker at the event, Iyalode Alaba Lawson, who was represented by Chief (Mrs.) Anita Nana Okuribido, extolled the monarch for the initiative which she described as a leading light out of the country’s worrisome unemployment rate.

Alaba who is the President of Nigerian Association of Chambers of Commerce, Industry, Mines and Agriculture (NACCIMA), added that with such an initiative, Nigeria stands on the threshold of what could be the greatest transformation in the country’s history.

She however, recommended that investment in people must be increased substantially and efficiently spent especially in the area of education, health and infrastructure, adding that the energies of the youth must be tapped by increasing opportunities where they can release their innovative and entrepreneurial capabilities.

The audience was astonished by the success of the previous editions which was presented by the facilitator, Olamide Awosunle, with the huge financial and material contributions of the initiative’s partners and its sole sponsor, Oba Ogunwusi.

Olamide explained that beneficiaries of the initiative include people from the ancient town and beyond, as well as some from the neighboring Ekiti and Ondo States, adding that it shall continue to serve all Nigerians regardless of their ethnic, religious and political affiliations.