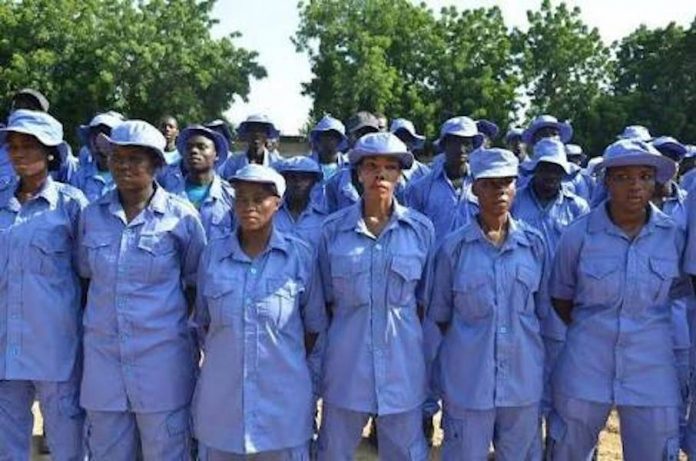 As the war against Boko Haram continues to rage in the North-east of Nigeria, an additional 577 members of the Civilian Joint Task Force (CJTF) and vigilante, who are involved in the fight against the insurgency, were at the weekend graduated after two weeks of intensive training in Jos, Plateau State, to further complement the efforts of the military.

The training, which was organised by the United Nations Development Programme (UNDP), drew participants from three states of Borno, Yobe and Adamawa where the insurgency has ravaged.

Addressing the participants at the closing ceremony of the programme, which held at the Citizenship and Leadership Training Centre in Jos, Plateau State, UNDP Resident Representative in Nigeria, Mr. Frederick Ampiah, expressed worries that Boko Haram has left the region and its people with huge negative impact, adding that UNDP was not about to relent in its efforts at ensuring that the region is liberated.

Ampiah, who was represented at the event by Mr. Mathew Alao, Head of Governance, Peace and Security of UNDP, added that the training was also geared towards guaranteeing peace and stability, activating the local economy of the region as well as making the beneficiaries economically viable.

He said: “Today’s event makes the sixth in the series that we have held in this Centre for 3,577 Civilian JTF and vigilantes since 2017 and it will continue.

Ampiah added that UNDP was committed to supporting the government of Nigeria in its efforts to tackle the numerous security and development challenges in the country particularly in the North-east, North-central and South-south as well as youth unemployment and entrepreneurship across the country.

He said that the UN agency was prepared to partner with all interested states and to bring development dividends to the citizens through effective, efficient and equitable management of the scarce resources and reduction in violence.

The Director General of the Citizenship and Leadership Training Centre, Mr. Bitrus Bawa, in a remark, thanked UNDP for its interest in Nigeria’s security and wellbeing.

He urged the participants to utilise the knowledge acquired during the training for the advancement of peace, progress and development in their respective states.