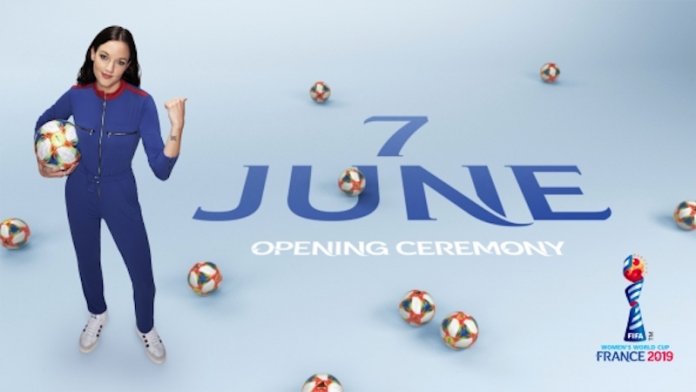 With barely one month until the biggest single-sport women’s event in the world kicks off, FIFA and the Local Organising Committee (LOC) announced yesterday Jain as the Official Performer of the FIFA Women’s World Cup Opening Ceremony.

On Friday 7 June, before France face Korea Republic in the highly anticipated Opening Match of FIFA Women’s World Cup 2019™, Jain will perform a set of her hit songs to the international audience of fans at Paris’ Parc des Princes and around the world.

Having spent her childhood living on different continents, Jain’s international upbringing forged her view of the world and influenced her artistic universe. Born to Madagascan and French parents,Jain embodies the global element of the FIFA Women’s World Cup.

The world got to know the 26-year old singer–songwriter when she released her now diamond debut album “Zanaka” in 2015. Currently on a global tour, Jain has recently dropped a single called “Gloria”, her first new music since her 2018 album “Souldier”.

Known for her upbeat yet socially conscious inspired pop music, Jain will perform “Gloria” and several other songs for millions of international football fans during the FIFA Women’s World Cup Opening Ceremony.

“I am hugely excited to sing in the Opening Ceremony of such an amazing sport event”, Jain says. “To perform on the pitch where the world’s best football players will compete to become FIFA World Champions is a real honour. With my performance I want to celebrate their skills and inspire every player to give their best and to shine on the world stage.”

“Music and football are two huge passion points for our fans across the globe. As such, we are aiming to offer first class entertainment this summer at the FIFA Women’s World Cup France 2019”, comments Philippe Le Floc’h, FIFA’s Chief Commercial Officer. “Jain’s exciting performance and empowering music will provide a scintillating kick off to the tournament.”