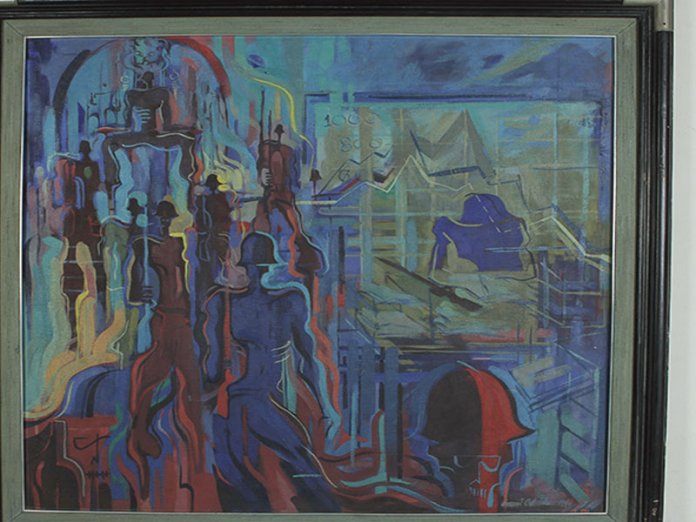 The fifth edition of the Sogal Art Auction begins with a preview today featuring names from West and North African countries. Organised by Signature Beyond Art Gallery, Ikoyi, Lagos, the auction has been a major Lagos market window for contemporary art since 2014 when the first edition was held. The auction which has drawn collectors and enthusiasts to Lagos will begin sales on May 5.

100 lots are available for this edition of Sogal Art Auction. These include works of Gani Odutokun, Amos Odion, Bona Ezeudu, Shina Yusuf, Raqib Bashorun, Duke Asidere and Alex Nwokolo among others. Artists from Ghana whose works are part of the lot include Abiade Glover, Wiz Kuduwor and Ato Delaquis. Other artists whose works will be featured include Djakou Nathali from Cameroon, Moufouli Bello, Rafiy Okefolahan, Francis Tchiakpe, Mohammed Youssef from Egypt.

Among the top paintings on sale is “Ubiquitous Warriors’’ by Odutokun. Dated 1990, it is one of those rare paintings of the late artist renowned for his abstract brush strokes. Born on August 9, 1946 and died on February, 1995, Odutokun was known for his contributions in nurturing artists in Nigeria from his Zaria, Kaduna base. His works include wall murals, paintings and book cover designs. One of his iconic works is “Dialogue with Mona Lisa’’.

Glover’s “Everyday Woman’’ is one of the most coveted of the lot which celebrates natural African beauty. Glover’s works were featured in a group show in 2010 to mark Nigeria’s golden jubilee. One of Odutokun’s ex-students, Asidere dedicates a painting produced in 2018 titled, “The 16th’’ to teenage girls.