At a funeral service held in Ughelli, Delta State, Gowon described the late Chief of Army Staff’s contribution to Nigeria’s unity as outstanding.

Gen. Gowon said Maj. Gen. David Ejoor was a fine Army officer, who had an unmistakable influence on those that had an encounter with him, noting, “He is a good man, father and a believer in the Unity of Nigeria and contributed to the development and growth of the country.”

Governor Obaseki was full of glowing encomium for late Maj. Gen. Ejoor, who he described as a man of many achievements and who contributed immensely to humanity.

According to him, “Today, we mourn the demise of an illustrious son of the defunct Mid-West region, Lt. Maj. Gen. David Ejoor, whose life sojourn is replete with landmark achievements as a one-time Military Administrator of defunct Mid-West region, former Chief of Army Staff, first indigenous commander of the Nigerian Defence Academy (NDA), the most senior chief of Olomo Council of Chiefs in Olomo Kingdom, a consummate traditional and community leader and one time President General of the Urhobo Progressive Union (UPU). Even in our grief, we are spurred more to honour a man of many achievements and contributions to humanity.”

He added, “in my role as the current governor of Edo State, which is an offshoot of the Mid-West Region where Gen. David Ejoor etched his enviable path of leadership, I think we owe him a sea of gratitude for erecting a right beacon of leadership which I am proud to emulate and follow.

“Maj. Gen. David Ejoor’s spectacular contributions to the struggle of keeping Nigeria as a united entity will remain salutary in the annals of our common history. He will be richly acclaimed because of his love and struggle for the peaceful coexistence of the different ethnic regions in Nigeria and the progress of the entire country.”

Obaseki added that late Gen. Ejoor, “will forever be remembered for his fervent belief in true federalism, his pioneering role in drafting the Nigeria Defense Policy with the full support of the Nigerian military. The manner in which the Nigerian military is represented on this occasion to honour this great general lends credence to the rich legacy and life he lived. As the world stands in awe of the departed elder statesman who died at the ripe age of 87, I join thousands all over the world today, particularly his immediate family, the Urhobo nation and the Nigerian Military, on behalf of myself and good people of Edo State to wish our dearly beloved father, a deserving farewell.”

Governor Ifeanyi Okowa, on his part, described late Maj. Gen. Ejoor as an elder statesman, who contributed immensely to the development Edo and Delta States and Nigeria at large. 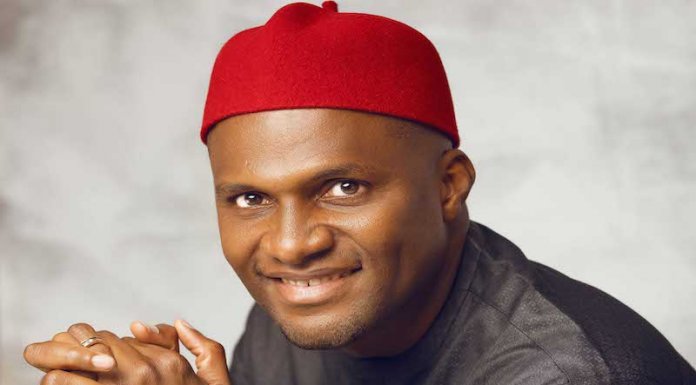 DR. CHIMAOBI ANYASO ; My Passion for People And Desire for Development