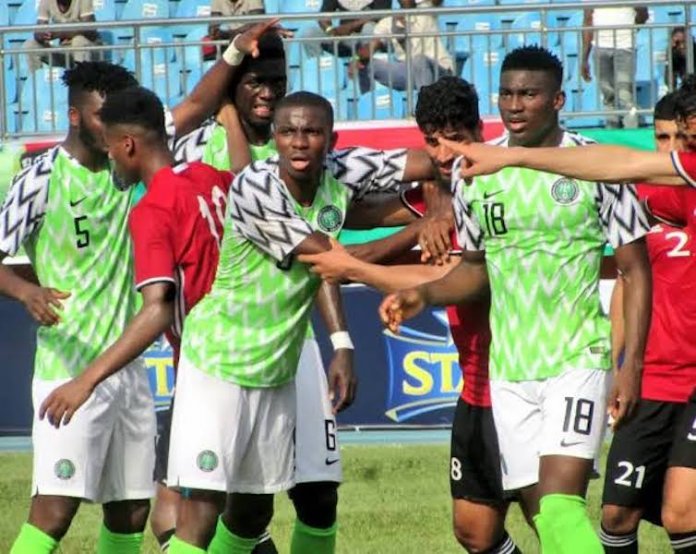 Top goal scorer in the Jupiler Belgium league and Super Eagles forward, Victor Osimhen, has continued to attract big clubs in Europe with English Premiership side, Southampton one of the new suitors.

The Nigerian forward who is still yet to make a return to his base in Belgium due to visa issues is also on the radar of top clubs like AC Millan who before now according to www.owngoal.com are at poll position to land the on loan Wolfsburg striker.

To date, Osimhen has scored 15 goals this season for his modest Belgium side, Charleroi and the situation last night was that the forward has officially been contacted by the English Premier League side Southampton.

AC Milan had last month reached a verbal agreement with the 20-year old striker but wanted to send him on loan to French Ligue 1 side Lille for at least one year.

The decision to loan him to Lille is for him to get sufficient game time to aid his growth and the deal is expected to be rubber stamped in the summer, when his loan deal with Charleroi expires in the summer.

Charleroi are due some compensation from Wolfsburg to wipe out the option they have on signing him permanently after his loan spell expires but AC Milan might not be his destination.

Southampton have identified the young forward as a player for their team for next season and are confident of him securing a work permit using the other means bar the number of appearances for the senior national team of Nigeria.

A fee in the region of £20m has been quoted for the forward and the Saints won’t be troubled by the fee particularly as he is rumoured to be their top priority this summer.