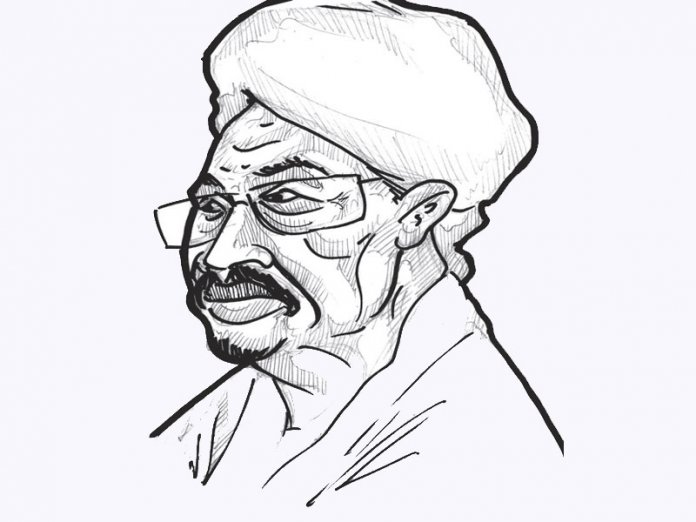 An atmosphere of political unease has pervaded Sudan since 11th April following the ouster of President Omar al-Bashir after almost 30 years in power. The palace coup was the climax of the intense street demonstration by a broad association of Sudanese professional groups, who were protesting against the dismal economy and declining living conditions in the country. We hope for a quick resolution of the impasse so that life can return to normal in the country.

Like many other leaders of his generation within the continent, al-Bashar came to power as a military officer before he quickly metamorphosed into a civilian politician. He organised and predictably won a succession of controversial elections. In the process, he personalised and privatised security and other national institutions to serve his political ends while progressively building a typically African ‘big man’ personality cult that hovered menacingly over his country. The challenge of the moment is managing the transition in such a manner that will ensure peace in a country that has for decades been known for war.

In most African countries today, the reality is that of a massive betrayal of the hopes of the people. The message from the Sudanese protesters which should resonate across the continent is that voluntarily entrusting to elected officials the responsibility of governing their affairs does not suggest that they have relinquished their power. They can invoke that power at periodic elections to either vote for a popular government or vote out an unpopular one. In the same vein, they can invoke that power on the streets through protests if they feel that democracy has been rigged against them as was the case in Sudan under al-Bashir.

One of the real challenges now confronting Sudan is the fate of the country post al-Bashir as the people who toppled him have rejected the offer of joint military and civilian government made by the junta. Few days ago, talks broke down between the protest leaders and the military council over the make-up of the council. That remnants of al-Bashir’s regime dominate the council is irksome to the protesters who had risked everything to oust the former dictator. The people are insisting on a quick end to military rule and the installation of a transitional civilian council which will form a transitional government leading to elections.

The act of defiance by the Sudanese protesters against the oppressive and corrupt al-Bashir regime is a feat worthy of emulation by civil groups across Africa. Their perseverance not only led to regime change, but it clearly reinforced the saying that power belongs to the people. The nationwide demonstrations were in response to the economic hardship engendered by removal of subsidies and a spike in the cost of basic commodities. Such was the scale of the new economic reality that the annual inflation rate had reached 68 per cent by November 2018 compared to 25 per cent the year earlier.

Following his overthrow, al-Bashir was arrested and is now under investigation on charges of alleged money laundering and possession of huge sums of foreign currency without legal grounds. While we hope the new junta will speed up the transition to civil rule process and bring al-Bashir to justice as pledged, the situation in Sudan underlines the increasing awareness of the people that they have a right to express themselves and to be heard. We hope that other dictators within the continent would learn from the example of al-Bashir whose iron-hand regime has ended in tragic disgrace.