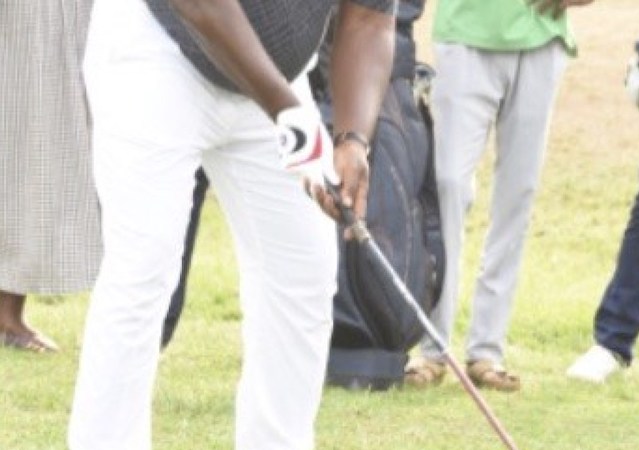 Olawale Ajimotokan, in Abuja
Mohammed Suleiman, over the weekend won the IBB Club Captain’s Cup 2019 Best Gross for men by a solitary shot.
Suleiman, who plays off handicap-5, returned 77 to emerge the overall winner of the gross prize.

He edged a close contest at the expense of another single-digit player, Dipo Sanya, who posted 78.

Suleiman is one of Nigeria’s proven low handicap amateur golfers. And he justified his status at the 18- hole valedictory tournament for the outgoing Captain of IBB International Golf and Country Club, Oseni Ahmed.

P.I. Oyewole signed 68 on his scorecard to edge the Division 3 contest at the expense of A.A Idris and G. Udjor, who played 69 and 70 respectively to finish second and third.

Former Kogi State Governor, Idris Wada, the Minister of Environment, Suleiman Hassan and the Executive Secretary of the Board of Federal Inland Revenue Service (FIRS), Chief Oseni Salawe Elamah were among the dignitaries that graced the prize giving ceremony at IBB Club.