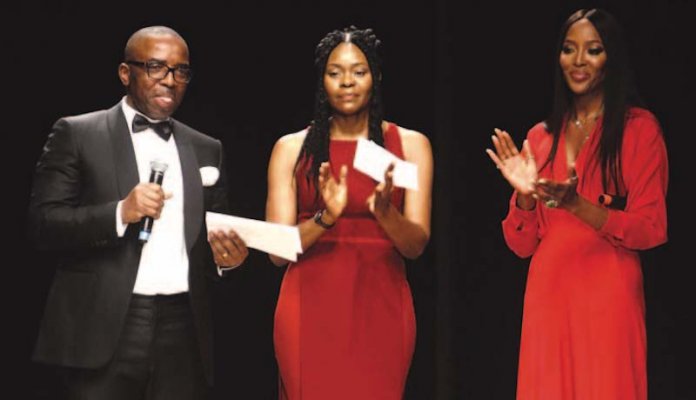 Zenith Bank Plc has announced its decision to back all designers that participated in the recently concluded Arise Fashion Week (AFW) held in Lagos with flexible facilities to assist them to grow their fashion business.

The bank’s Managing Director, Mr. Ebenezer Onyeagwu, who disclosed this while presenting N10m cheque to Deola Sagoe and Kenneth Ize for winning the AFW award for designer of the year, said the facilities could be accessed by all the participants.

He, therefore, invited all the designers, who participated in the world class event, to contact the bank for the facilities immediately.
The AFW, now rated as the biggest fashion event on the continent, opened April 19 and closed Sunday night.

It pooled global fashion brands and models to the Lagos runway, featuring over 30 local and international designers from Africa, America and Europe, as well as over 150 models, including British supermodel, Naomi Campbell, who was here to promote African fashion.

The show has also been described as ‘the most beautiful runway in Africa,’ which was berthed over a decade ago and is adjudged the most prestigious platform to showcase Africa creative talents through fashion and music.