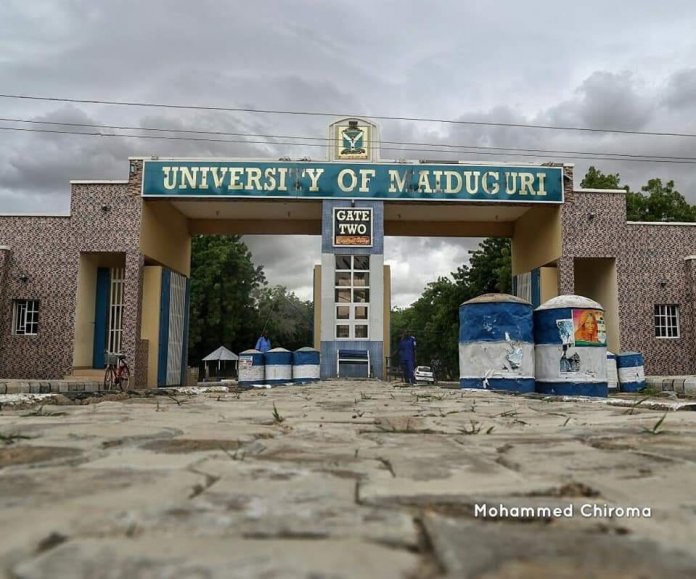 The Chief Medical Director (CMD), University of Maiduguri Teaching Hospital (UMTH), Prof. Ahmed Ahidjo has appealed for collaborative support from all stakeholders to enhance the service delivery of hospital to the residents of North East and neighbouring African countries.

He said the call became imperative as the hospital had been drawn to the limit as the medical needs of the people of the region continue to grow.

He said UNIMAID deserved support from all levels of government, individuals, development and corporate organisations, to enable it to meet the challenges posed by astronomical medical need of the people in its catchment area.

He said: “I am calling on good people of the area and organisations to support the hospital, to enable it to reposition and enhance its operations.

“Many health personnel left and there is high influx of people into Maiduguri due to insurgency, the trend overstretches our capacity to meet the specialised health needs of the society.

“We need support to improve the personnel and their skills; initiate new programmes and upgrade existing facilities to provide quality health care services in the northeast.”

According to him, the management had initiated viable projects to upgrade of hospital’s bed-capacity and facilities, staff capacity development and improvement of personnel welfare.

Ahidjo disclosed that the hospital had embarked on construction of ultra-modern trauma center, to address medical complications and health needs of persons affected by the conflict in the region.

He explained that the center was designed with about 150-bed capacity; Accident and Emergency (AE) unit, surgery, orthopedics, obstetrics and gynecology, among others

The CMD added that arrangement had reached advance stage for the construction of a 150-bed capacity child institute, to enhance pediatrics healthcare services, while plans were under way to upgrade its kidney center to a 200-bed capacity.

“In view of the ageing population and increased incidents of struck in the society, we also planned to build a new 150-bed capacity struck center to cater for geriatrics’ patients”.

According to him, the hospital’s management had signed a Memorandum of Understanding (MoU) with the International Committee of the Red Cross (ICRC), for construction of Physical Rehabilitation center, to enhance support services to persons with disability.

Apart from rehabilitation and medical services, the center would also produce orthopedic devices to support patients.

Ahdijo revealed further that the Presidential Committee on Northeast Initiative (PCNI) would also construct a burn center, to cater for victims of insurgency suffering from fire burn.

He explained that the two projects were expected to commence in May, adding that the projects were in line with plans to upgrade the hospital’s bed-capacity from 650 to over 1, 000.

The CMD commended the Federal and Borno State Governments, PCNI and ICRC over their supports to the hospital.

UMTH was formally commissioned on 23 July, 1983; by second republic president, Alhaji Shehu Aliyu Shagari, as the first tertiary health institution in the northeast.