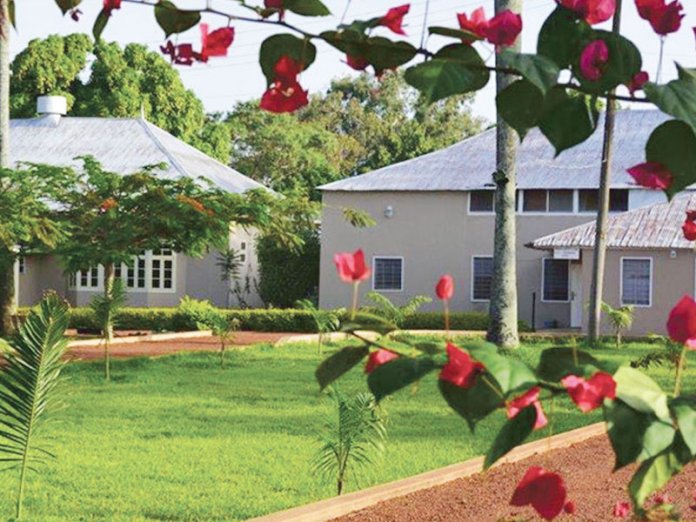 If you are looking for somewhere serene and peaceful; rustic yet modern; pocket-friendly yet rich in history; fun yet a place to seek spiritual renewal, the Miango Rest Home, which showcases the wild beauty of Plateau State, readily comes to mind. With over 10 decades in its kitty, the home thrives on providing accommodation, food and recreational services for the physical and spiritual renewal of missionaries, and the wider Christian community. Sunday Ehigiator, who recently spent five days at the rest home, writes that it’s a perfect Easter getaway for spiritual rejuvenation

For every soldier, rejuvenation beckons at intervals, a call that must be obeyed else one becomes fatigued and worn out. It’s not different for people of Faith, who also needs spiritual rejuvenation once in a while. And where better to seek solace than a rest home set up for such purposes.

For Christian faithfuls, the Easter celebration presents an avenue for such spiritual rejuvenation. Easter, also known as Pascha in either Greek or Latin languages, is a festival and holiday commemorating the resurrection of Jesus Christ from the dead, following his crucifixion by the Romans at Calvary c. 30 AD. So for most, the period is used to identify with the suffering and resurrection of Jesus. While some observe Easter by fasting and praying, others do penance, while yet others withdraw to rejuvenate to prevent burning out.

Worldwide, there are structures that are revered for the wealth of history it holds, as well as for sentimental reasons. While some of these structures are heritage and historic or even religious sites, others are the wonders of the world. For religious sites, the popular Notre  Dame Cathedral in Paris that was recently affected by fire, stands out. While the groundbreaking commenced on 1163, it was completed in 1345, a whopping 185 years later. This puts its existence at 856years.

In Nigeria on the other hand, although no popular religious site may boast of staying afloat for such number of years, there are some who have lasted for 100 years. In this category, the Miango Rest Home (MRH) readily comes to mind.

Situated in Miango in Irigwe Land, Bassa Local Government Area of Plateau State, a 20-minute drive from Jos, the capital city, is the MRH, where is greeted with popping bright colours and the melodious sound of the humming birds. Not to be outdone, the serene ambiance envelops you in a warm hug.

As you soak in the ambience, one can literarily feel the stress drain out as you take in the clean air from the surrounding mountains, the neatly orchestrated beautiful flowers and green gardens.

Indeed, my five days spent in the home was one I wished never ended but then; duty called. For an adventure and sport loving guy like me, it was from mountain climbing, to swimming at the foot of the water falls. Then from playing football to volleyball, table tennis and basketball among other sports I tried for the first time.

For this reporter, all these aroused his curiosity, prompting him to engage the manager of the home in a conversation. Having been employed since 2009, the manager, Mr. Emmanuel Benedict, took this reporter down memory lane of how the home came to be.

He said: “In 1893, three young men: Walter Gowans aged 27; Thomas Kent aged 24, and Roland Bingham aged 26; with a burden for the people of ‘the Sudan’ (South of the Saraha), set off to carry the gospel to the remote interior of Nigeria.

“Gowans and Kent died of malaria and dysentery respectively within the first year. Bingham persisted and by 1910 there was a Sudan Interior Missionary (SIM) workforce of about 20 missionaries in Nigeria. Bingham was convinced that the work of the mission would be enhanced if only the missionaries had a place; somewhere in the Sudan where they could refresh themselves; most of them were in places like Patigi, Egbe, Wushishi.

“British government officials travelled home often; SIM could not afford that. Bingham’s idea of rest and refreshment in Africa was a bold and visionary concept. In 1910, Bingham asked Dr. Andrew Stirett to look for a suitable place in the ‘Highlands’ to build a Sanitarium (the term used in 1910 for a health resort). No SIM missionary had ever been to the Plateau. It took Stirett three weeks to trek from Wushishi to the Plateau. He visited Vom, Bukuru, Naraguta and Miango. He chose Miango as the site for the Sanitarium; which was the future ‘Miango Rest Home.’

“In December 1911, Bingham received a large gift from a widow in England named Evelyn Webb Peploe designated for the Sanitarium.   It was to be a memorial to her departed husband. The amount was L450 ($1,946).  It was with this money the first main building was built. So In 1916, the main building, ‘Webb-Peploe Hall’ opened for visitors for its first time.

“I was first employed in 1999 as an office assistant. I grew through the ranks to become the General Manager in 2009. Prior to becoming MRH GM, I had the privilege to be mentored by nine expatriate managers over 10 years period. MRH celebrated her centenary in 2013, exactly 100 years from the time the first building started in 1913. Today MRH is 106 years old. The very first building made of mud blocks is still standing till today.

“Today, Miango Rest Home has increasingly become a popular place for Christian groups to meet for retreats, workshops, seminars, honeymooners, family holidaying and conferences.   There is still room for missionaries and other individuals to come for a time of rest.”

According to Benedict, the home is a leading quality service-oriented Christian guest facility where opportunity for spiritual and physical renewal is accorded in comfort.

“Our mission is to glorify God by joyfully providing accommodation, food and recreational services for the physical and spiritual renewal of Christian missionaries, the wider Christian community, and for the need of organisations that share our beliefs,” he revealed.

Benedict continued: ““The vision to establish MRH was envisaged by  Roland Bingham as I earlier mentioned. By 1910 there were about 20 missionaries on the several stations where living conditions were extremely difficult. The primary objective in view was the finding of a high and healthy situation for a sanatorium proposed to be built for workers stationed in the low-lying regions. Stirrett came from Wushishi to Plateau with a view of selecting a suitable place to start a rest home for missionaries.

“The need to establish a facility on the Plateau was articulated in the early days of SIM.  The reasons were three; first is climate; most SIM missionaries endured hot days and sultry nights.   On the Plateau, the temperatures were more pleasant; nights were cool. Second is diet; most SIM missionaries laboured in places where nutritious foods were not available.  But vegetables grow well at the higher altitudes; fresh milk, butter, and eggs were also available in abundance.

“This was a treat to those who saw little of them for most of the year.  Then the third is isolation; most SIM missionaries served on isolated stations and would often go for months without seeing a single expatriate visitor. All this informed the idea of how MRH came to be.”

On the qualities of MRH, he said, “MRH is known for its good, friendly and welcoming staff, as well as the beautiful, serene and secured environment that separates MRH from other guest houses. We have 24 hours electricity from a private hydro power company called NESCO and the weather here is very conducive particularly for expatriates.”

One of the thing the home boats of is the fresh produce used in cooking. This Benedict said means that the fresh vegetables used in the kitchen are produced on MRH farms. “We offer good, nutritious and healthy diets both local and intercontinental; as it may also interest you to know that over 80 per cent of everything guests consume in this home are grown here. Little or nothing is left to waste in the home. Left over foods for instance, are feed to our very healthy animals which we rear here, while some other including animal wastes are reinvested in the soil as manures.  All guests pay fixed and very affordable rates and are treated equally with love. Meals are served at fixed times in the dining hall for all guests to promote unity. Generally, MRH is a self-sustainable ministry with a hospitable host community”, he added.

To ensure a well rounded rest, the home also made provisions for some recreational activities like hiking, as well as equipped sports facilities such as standard football pitch, basketball, beach and volley ball, lawn and table tennis.

On his achievements since taking over the facility he said, “By the special grace of God, since I became the manager, there has been a lot of improvements in the home. We acquired additional 34 hectares of land space where we built three blocks of six rooms each named Shimkus, Navigators and, Vermeer lodges; we built one block of eight rooms; Truxton lodge, built Sarah Baker Hall which with 150 seats capacity. Then the dining hall new extension to 150 seats at a time.

“The conference hall expansion grew from 150 to 300 capacity. We carried out landscaping of the entire new area. We have over-hauled the entire water system, drilled additional three boreholes,upgraded electricity lines, planted over 3000 trees, assorted flowers and grasses and initiated  consistent training of staff so they can keep improving on their customers relations skills.

“We also upgraded our old structures and facilities. We initiated the very first strategic plan document which covers from 2009 to 2014. We have acquired several maintenance equipment such as, motorised lawn mover, industrial gas oven, carpentry equipment and tools etc. And likewise acquired three pickup vehicles;Toyota Highlander, Toyota Corolla and pickup Truck among others.

“We invite you to visit MRH if you have not been here and you will have a unique experience you will never forget. We at MRH know and specialise in one thing; hospitality. For the past 100 years, we make refreshment happen for our guests. Our environment, food and accommodation are conducive for guests who need rest, a place for honeymooners, recreation, conferences, family holidaying and retreats.

“Our minimum standard facilities and accommodation meets the need of the different categories of guests worldwide. MRH has 80 rooms total (different types of accommodation) and can accommodate up to 80 couples at a time and 250 people made up of families.“

Indeed, for this reporter, the five days spent in the home was one to be cherished as it was an avenue to have fun, but at the same time, rejuvenate.