Delivering remarks at the closing ceremony of the tournament, U.S. Consulate Public Affairs Officer Russell Brooks described the game of baseball as a favourite American pastime.

He noted that the U.S. Consulate is pleased to share an aspect of American culture with Nigerian youth, their parents and coaches who share a similar passion for the game.

According to him, baseball offers the youth an opportunity to learn valuable life-lessons, including the importance of teamwork, cooperation, communication and leadership skills.

In addition to playing and enjoying the game of baseball, Brooks encouraged the young players to take their academic pursuits seriously and stay off juvenile delinquencies.

“If you do well in the classroom as well as on the baseball field, I am confident that an incredible world of opportunity will open up to you: opportunities to travel, to study overseas, and to represent your country in international competitions.

“There will be opportunities to network with incredibly successful people and you may possibly find a place in one of the most lucrative industries worldwide –sports and entertainment,” Brooks said at the event attended by senior Oyo State government representatives, sports administrators and faculty from leading Nigerian universities.

With the support of the U.S. Consulate, 12 teams from Abuja, Lagos, Kwara, Ekiti, Ondo and Oyo states competed in this year’s tournament, which ran from April 12 to April 17. 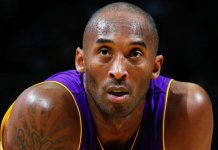 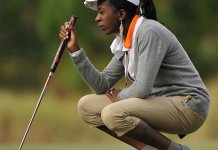 S’Arabia Wealth Fund in Talks to Buy Newcastle for £340m