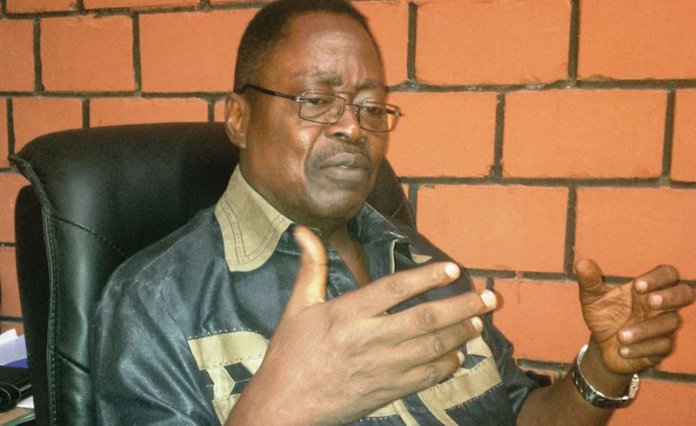 Renowned don at the Institute for Security Studies, Lower Usman Dam, Abuja, Prof. Augustine Ikelegbe, has said that Nigerian universities must either adapt to the demands of today and tomorrow or die.

According to him, Nigerian universities must reform how they educate their graduates to easily adapt to new technologies and become entrepreneurs or Nigeria would become the global dustbin, totally forgotten by the scientifically and technologically progressive world.

He said this at the 12th matriculation ceremony of the Western Delta University, Oghara, Delta State, at the weekend, while delivering a paper titled “University Education and the Contemporary Labour Market in Nigeria.”

He called attention to the dire unemployment statistics facing the country; while the working-age population is a staggering 109, Nigeria’s full employment capacity stands at a miserly 83 million positions, thus leaving a deficit of 26 million unemployed people seeking for non-existent jobs. Breaking it down further; Ikelegbe said that as recently as 2017, 71 million Nigerians were classified as workers, with 54 million fully employed, 17 million as under-employed and 12 million totally unemployed.

Ikelegbe said unemployment is among Nigeria’s biggest social problems as about half of the 23 million Nigerians within the 15 to 35 years age bracket are under-employed while some 1.8 million Nigerians enter the labour market yearly, with tertiary institution graduates making up 500, 000 of the number.

According to him, the Nigerian universities must recognise the fact that a pool of over five million unemployed graduates had accumulated as far back as 2014 and must have increased tremendously.

He asked the students of WDU, Oghara, to recognise the fact that many graduates are unemployed years after graduation because they are simply “unemployable” as the “lack job-related skills and perform below expectation”, and universities are “providing graduates inadequate knowledge or practical skills in courses studied.

He said “Many university graduates lack basic writing and communication skills and can barely write memos and briefs, or express themselves proficiently in English Language”.

But the main cause of the unemployment problem, according to Ikelegbe, is that “less than 10% of the graduates studied the 10 most employable courses in the country.”

The way out of the quagmire, Ikelegbe said, is that “universities must be held responsible for the successes, performance and capacity of otherwise of their graduates. Therefore, they must begin to be concerned about how their graduates fare in the labour market. He advised also that the curriculum must begin to tilt towards the “contemporary developments in the labour market and universities must begin to prepare their students for the virtual, ICT and knowledge-driven modern economy and society.

“Knowledge, creativity, technological innovation, change and adaptation should be emphasised. Entrepreneurial courses should be more practical so that new graduates can cope and carve niches for themselves in the economy, through critical thinking, problem-solving digital literacy and innovation.

Such innovative graduates would make Nigeria an emerging economy, or the nation is doomed”, he warned.