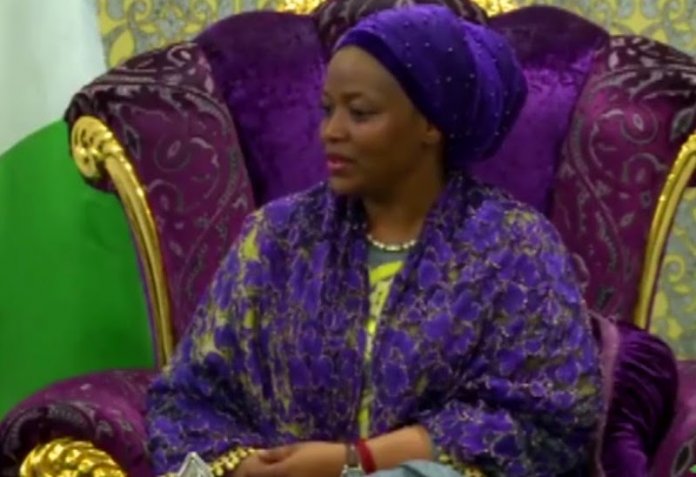 For Erelu Aisha Babangida, eldest child of former military president Ibrahim Babangida, it is not a case of once bitten twice shy but twice bitten third time reflective. Having set sail on two matrimonial voyages and being shipwrecked twice, she’s learned to find the fortune in misfortune.

Though it dawned on her late that there is more to happiness than a wedding ring, it was a lesson better learnt late than never. The tentative, halting steps of yesterday have become the confident, assured gait of today. Aisha has well and truly emerged from the cocoon of romantic misery. She has unfurled herself and unlocked her capabilities, a beautiful butterfly flapping its golden wings.

Aisha’s first married Basheer Nalabo Garba, a relative of the Abachas, in 2003, only for them to separate three years later. Undeterred by that bitter experience, and determined to emulate the happy marriage of her father and late mother, former first lady Mariam, she again ventured into matrimony, this time in the perilous pond of polygamy. She married then Zamfara governor Aliyu Shinkafi as his third wife. By the time it dawned on her that the more is not always merrier in marriage, she had already packed her bags and rejoined the singles club.

Scarred by those experiences, Aisha put the brakes to further thoughts of marriage. Never again, she vowed would she be wholly tethered to a man’s apron strings. She reinvented herself with a vengeance, becoming the entrepreneur and people’s advocate she was always meant to be.

She resuscitated the Better Life for the African Rural Women programme which had been left moribund after her mother’s demise. She weeded the organization of the wealth-sapping leeches solely there to feed off the Babangidas and transformed the organization into a committed champion of the rural African woman. She is focused on empowering the African Woman and preparing the next generation of female leaders. Aisha loves uplifting lives with adult literacy programmes, skills acquisition and financial literacy which are all offered through the program

While others like to focus their activism on the mainstream, cerebral Aisha prefers to focus on the road less travelled and the people less represented. Little wonder she launched Egwafin Microfinance Bank. An offspring of her dreams of financial inclusion for all, the Abuja-based bank is a popular source of funding and finance
ing to lower income classes