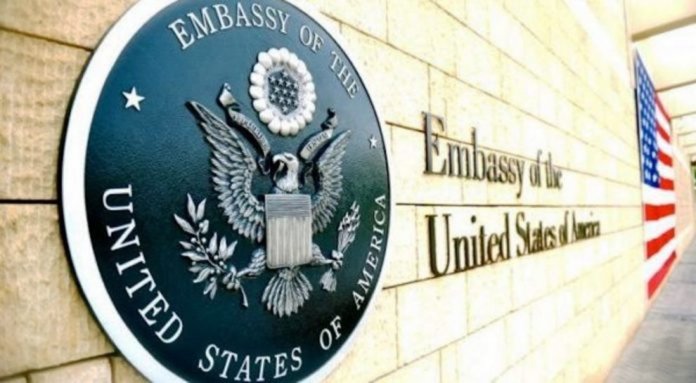 The United States Department of State has warned its citizens to reconsider travelling to Nigeria due to violent crime, which it claims, has become prevalent in different states of the federation.

The department made the call in a travel advisory it released on its website on Tuesday, claiming that armed robbery, assault, carjacking, terrorism, civil unrest, kidnapping, rape and piracy “are common throughout the country.” The advisory listed Nigeria among 35 countries with where the US nationals could be at risk of getting kidnapped or taken hostage.

It, also, said the new indicator “is part of the US ongoing commitment to provide clear and comprehensive travel safety information to U.S. citizens so they can make informed travel decisions.

“The Travel Advisories for 35 countries have been updated to include an indicator for the risk of kidnapping and/or hostage taking: Afghanistan, Algeria, Angola, Bangladesh, Burkina Faso, Cameroon and Central African Republic.”

As indicated in its advisory, the department classified Nigeria on level three, though placed Adamawa, Borno and Yobe on level four.

The department said the security situation in the Northeast “is fluid and unpredictable, particularly in Borno and Yobe States and northern Adamawa State.

“Terrorist groups based in the Northeast target churches, schools, mosques, government installations, educational institutions, and entertainment venues. Approximately two million of Nigerians have been displaced as a result of the violence in northeast Nigeria.”

The 35 countries were placed in four levels of travel with respect to their safety and security risk.

Aside, the department cited the cases of sporadic violence occuring between communities of farmers and herders in rural areas, claiming hundreds of lives each year.

It, also, urged the US nationals to avoid travel to the Gulf of Guinea due to the threat of piracy.

The department SAID the US government had limited ability “to provide emergency services to US citizens in many areas of Nigeria due to security conditions.

“If any of citizens decided to travel to Nigeria, the department urged such an individual “to carry proper identification, including a US passport with a current Nigerian visa if needed and exercise caution when walking or driving at night.”

The department, also, asked such an individual “to review travel routes and times to vary your predictability; visit our website for travel to high-risk areas and do not physically resist any robbery attempt.

It urged the US nationals traveling the high-risk areas to be extra vigilant when visiting banks or ATMs; monitor local media for breaking events and be prepared to adjust your plans; be aware of your surroundings; stay alert in locations frequented by Westerners and avoid demonstrations and large political gatherings.

The department asked the US nationals to review their personal security plans before traveling to the high-risk countries; enroll in the Smart Traveler Enrollment Program (STEP) to receive Alerts and make it easier to locate you in an emergency; follow the Department of State on Facebook and Twitter and review the crime and safety reports for Nigeria.