Nigeria and other African countries taking loans from China must ensure that the terms of borrowing are strictly in conformity with the Paris Club arrangements, the International Monetary Fund (IMF) said Wednesday.

It also recommended that Nigeria should embark on comprehensive tax reforms as a way to boost non-oil revenue generation.

The Washington-based institution, in the latest edition of its ‘Fiscal Monitor report,’ also ranked Nigeria as the second worst country in the world in the utilisation of its Sovereign Wealth Funds (SWF).

He said while such funding was needed for development, putting it to productive use remains an essential factor.
He said: “Lending and capital flows from China are of course important for development; on the one hand, what is very important in those lending arrangements are the terms of the loans.

“And we urge countries to make sure that when they borrow from abroad, that the terms are favourable for borrowers. In particular, we tend to recommend that loans to countries should be conforming to Paris Club arrangements. And that is not always the case in the case of loans from China.”

Also commenting on probity in the management of such loans, which he said the IMF is always focused on, he noted that: “Good governance is very important in making sure that capital flows are channelled to productive sources.”
He added: “Nigeria has been borrowing in international markets, but we worry about rollover risks going forward. On the other hand, this is very good because it allows the country to invest more.

“At the moment, funding conditions in economies such as Nigeria and other sub Saharan African countries are very favourable, but that might change at some point. However, there is the risk of whether these needs for refinancing can be met in the future.”

Adrian said the GFS report provides an in-depth analysis of a number of specific vulnerabilities, adding that in advanced economies, corporate debt and financing risk taking have increased.

“The credit worthiness of borrowers has deteriorated. So-called leveraged loans to highly indebted borrowers continue to be of particular concern. In the Euro area, fiscal challenges remain in countries that have worries about the sovereign financial sector nexus. If sovereign yields were to rise sharply, banks with large holdings of debts could face significant loses. Insurance companies could also face loses on their bond portfolios,” he added.
He said the report showed that this was the time for decisive policy actions since vulnerabilities were increasing in a number of countries, adding that there was no more room for complacency.

“The intensification of trade tensions and a threat to disorderly practices have dented investors’ confidence. Policy makers should resist inward-looking policies, avoid policy missteps and resolve policy uncertainties.”
He also called on policymakers to ensure post crisis regulatory reform was fully implemented, adding that they should resist calls for rolling back reforms.

“Policy makers should develop and deploy macro-prudential tools which can mitigate vulnerabilities and make the financial system more resilient,” he added.

He also called on emerging markets making volatile capital flows to limit their reliance on short term overseas debt and they should ensure they have adequate foreign currency reserves and bank buffers. He also called for monetary policies to be data dependent and well communicated.

“Policy makers should act decisively to renew their commitment to open trade, to discourage the build-up of debt and to communicate clearly any shifts in monetary policy. In the maturing credit cycle farsighted policy actions to reduce vulnerabilities can help avoid more painful adjustments in the future,” he said.

On his part, the Deputy Director, Monetary and Capital Markets Department, IMF, Fabio Natalucci, said it was of concern that the global economy is slowing down with market gyration over the last six months affecting risk assets, adding that this has raised investor concerns about the health of the corporate sector.

“If there is a severe slowdown in the growth of the global economy, then it could be a problem for some firms, particularly because credit quality has declined, underwriting standards are weaker and debt levels are much higher,” he said.

Insists on Tax Reforms for Nigeria

In a related development, IMF has recommended that Nigeria should embark on comprehensive tax reforms as a way to boost non-oil revenue generation.

According to him, “Tax reform in Nigeria is a very important issue and one of our main recommendations for Nigeria is the need for a comprehensive tax reform that would sustainably increase non-oil revenue. And the reason why that is needed is that Nigeria has one of the lowest ratios of non-oil revenue-to-GDP at around 3.4 per cent in the world. And total tax revenue-to-GDP at around 8 percent is also very low compared to its peers.

“Because of that, then, the interest-to-tax ratio – because the tax is so low – is high. And so a lot of the tax is crowded out – not being able to be spent on important development needs. And does Nigeria have those needs? Of course, big time; as you know, the needs for infrastructure and for spending on human capital are very large.”

Speaking on other areas beside the VAT, Gasper noted that “There is an emphasis also on improving excise taxes. And I think there have been some steps in that direction, but there is scope for expanding the coverage of excises to other goods and also higher rates on excises.”

According to him, “Another important area is aggressive streamlining of tax incentives and exemptions. So there has been in Nigeria an effort with the strategic revenue growth initiative, looking at a comprehensive approach to tax reform, and this is very welcome.”

The Fund in its Fiscal Monitor report, stated that Qatar was the only country worse than Nigeria on its SWF Index.
It stated: “It is critical to develop a strong institutional framework to manage these resources—including good management of the financial assets kept in sovereign wealth funds—and to ensure that proceeds are appropriately spent.

“This remains a significant challenge in many resource-rich countries that, on average, have weaker institutions and higher corruption.

“The governance challenges of commodity-rich countries— that is, the management of public assets— call for ensuring a high degree of transparency and accountability in the exploration of such resources.
“Countries should develop frameworks that limit discretion, given the high risk of abuse, and allow for heavy scrutiny.”

According to Chuhan-Pole, whereas Nigeria’s debt is low when compared to the gross domestic product (GDP) ratio, the interest it pays on the debt has been very high and hence, the need to exercise restraint.

According to Nigeria’s Debt Management Office (DMO), the country’s debt profile as at December, 2017 stood at N21.73 trillion, which is almost the double of the debt figure of N12.2 trillion as of June 30, 2015 when the current administration took over.

But while answering questions from journalists after the weekly Federal Executive Council (FEC) meeting in the State House, the Minister of Budget and National Planning, Senator Udo Udoma, said notwithstanding the astronomical rise in the country’s debt profile in the last four years, the profile is yet sustainable.

According to him, all that is necessary is to broaden the scope of revenue generation, adding that once the revenues increase, debt profile will not be an issue.

He added that the government was currently working on ways to increase efficiency in revenue generation through tax collection and income generation from the Nigeria Customs Service (NCS), insisting that there is no cause for alarm because every nation borrows.

“With regards to our debts, our debts are sustainable. We do have a revenue challenge and we are focusing on that. Once the revenues come up, it will be obvious that we don’t have a debt problem at all.

“The debts are sustainable, every nation borrows. We are working on increasing our revenues,” he said.
Udoma also said FEC approved about N267 million to finance N-Power built programme under the social investment programme meant for the delivery of accelerated training and certification skills to 75,000 Nigerians between the ages of 18 and 35 years.

“It aims to build a high crop of highly competent and skilled workforce of technicians, artisans and service professionals who will be trained and tooled and transitioned annually to take up jobs such as electrical installation technicians, plumbing and pipe fitting installers, masons, carpentry and gentry experts, welders, fabricators, professional painters, built technicians and so on.

In his own briefing, the Attorney General of the Federation (AGF) and Minister of Justice, Abubakar Malami, said the council also approved N2.849 billion for the installation of a digital process in the nation’s prison system with a view to facilitating the process of decongesting the prisons.

“Arising from this, the office of the attorney-general presented a memo today (yesterday), which is web-based automated inter-connectivity system, which is a digitalises way of decongesting the prisons. The idea is to digitally connect all the prison formations to the office of the attorney-general of the federation, the police, prison service and indeed selected courts.

“The essence is to have an idea on the daily basis, what obtains at our prisons across the nation. So, at a glance at a click of the button, one can access what obtains at the prisons across the country. For instance, who is going to court today? Who is being released today? Those that have been in prison longer than their years of sentence. Who is in prison that is not meant to be there”

“This will aid stakeholders in decision making on a daily basis through digital process of inter-networking. This is against an adhoc committee moving across the country to have physical presence in prisons,” Malami said.
Also briefing, the Minister of State for Aviation, Senator Hadi Sirika, said FEC also approved N291,731,485 million for the procurement of memory access retrieval system to enhance safety in the nation’s airports.

According to him, the device which will enhance Nigeria’s laboratory capacity in accident investigation, “is a requirement of the International Civil Aviation Organisation (ICAO) in their standard practices and applicable by local laws.” 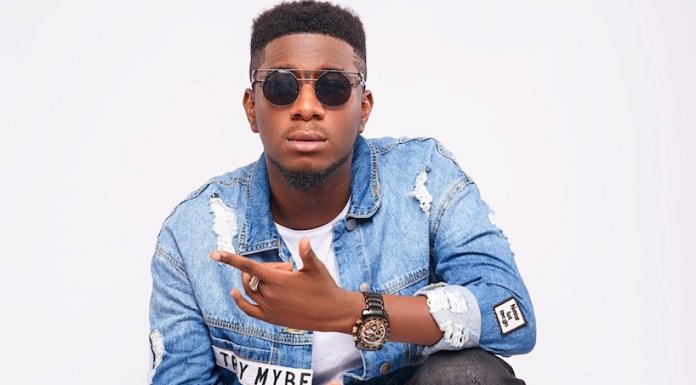 The Many Sides of Jerry Rawlings