In a statement, the group expressed disappointment over the president’s decision to decline assent to the bill, which was meant to protect Nigerian internet users against the infringement of their fundamental freedoms and guarantee human rights online in Nigeria.

The coalition, however, said it was important for the president to assent the bill because of its importance in protecting Nigerians online and in encouraging more Nigerians to take their business online for bigger visibility and expansion.

According to the group, “We however believe that these reasons are not valid enough for the president to decline assent to the bill. The ‘various bills’ as referred to in the letter are still merely bills which may or may not become laws.

“For instance, the Data Protection Bill (HB. 02) has been pending at the National Assembly for up to eight years. Why then would the president miss an opportunity to fill the lacuna for these subject areas when a Bill duly passed by the National Assembly has been presented for assent? We make this assertion with the knowledge that no law or Bill is perfect.”

“This is why there exist processes for reviewing laws through repeals and re-enactments. It is clear that the Digital Rights and Freedom Bill does not conflict with any existing laws or the Constitution of the Federal Republic of Nigeria, and it is uncommon that a Bill would be stood down because it could conflict with laws that might exist in the future.

“We also cannot overlook the fact that Mr. President did not point out clauses of concern in the Bill as it was done for other Bills against which he had expressed his decision to decline assent. It is important to indicate clauses of concern in order for citizens and observers alike to be aware of such clauses and review as needed.
“Our opinion is that the decision not to sign the Bill is nothing short of a missed opportunity for Nigeria to send an important message to the rest of the world on its commitment to protect its citizens from abuse and create a positive regulatory environment for digital technology.

“We, however, note the president’s expression of willingness to review the decision if concerns around the Bill are addressed,” they added.

Continuing, the stated that as a Coalition, “we hereby assure Nigerians that we will be consulting all relevant stakeholders, including the National Assembly, to review this Bill and carry out the required legislative exercise and submit back to the president in earnest for consideration so that Nigerian citizens can be assured of the Buhari administration’s commitment to safeguarding human rights online in Nigeria.” 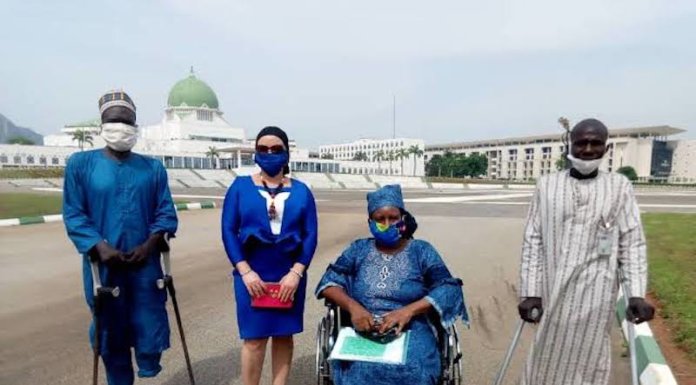