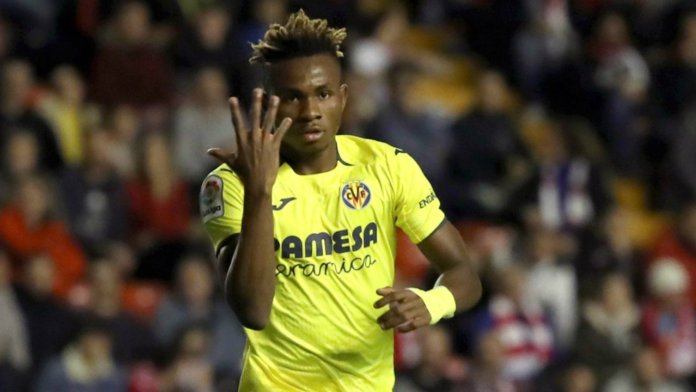 After beating compatriots- Victor Osimhen and Henry Onyekuru to the Nigeria Football Federation’s 2018 Young Player of the Year award on Monday, Samuel Chukwueze said his attention was now focused on how to keep helping his club and keeping his AFCON and Olympics dreams alive. He actually put his money where his mouth is by putting up a five-star performance in Villarreal’s eight goals thriller against Barcelona in the La Liga a day after he won the award

The Nigerian whizkid, Samuel Chukwueze, said after he was deservedly voted the Young Player of the Year that the award would serve as a motivation to him.

“It serves as a motivation to keep working hard for more success. I’m very motivated and inspired by this, because it is unbelievable. Everything happening still seems like a dream. I have dreams of playing for my country in big tournaments and this shows that if I put more effort into my career, personal and team rewards will follow,” Chukwueze told BBC Sport.

“This award is going to impact me positively to grow in the right pace so that I can keep having good performances.

My focus is to keep helping my club, continue to work hard to represent my country hopefully at the Nations Cup in Egypt and the Olympics,” Chukwueze added.

Indeed, the following day, the 19-year-old kept his dream alive as he almost helped his team to a famous victory against Barcelona after Villarreal had gone two goals down, but for a brilliant free-kick from Lionel Messi and last gaps strike from Luis Suarez, which rescued a point for the league leaders.

Since being promoted to the Villarreal senior tram in July last year, the 19-year-old has been a surprise star player for the yellow submarines this season. He has been impressive for Villarreal this season in all competitions he has featured.

Etame who now works as a television pundit, said he had been thrilled by Chukwueze’s form with Villarreal this season, rating the Chile 2015 FIFA U-17 World Cup revelation and gold medalist as his team’s best player in the game.

The Cameroonian legend added that Chukwueze, who has four goals this season, provides much more for Villarreal than just scoring.

Etame added: “He is a very good footballer. Can score and also create plus he is very good with the ball at his feet. He is the best and probably most complete 19- year old I’ve seen in a while in the La Liga.

“Most teams need players who can offer them balance and something different in attack especially for a team like Villarreal who are used to having the ball. He compliments their style very well.”

He, however, said much of what he achieved had been down to “hard work, discipline and determination. Especially determination, this had made the difference. It has been amazing and I want to keep improving so that I continue with the rise.”

Little wonder, Atletico Madrid toyed with the idea of splashing €40m on the Nigerian prodigy in the January transfer window.

The Villarreal teen sensation was the prime target of Atletico Madrid as the club was ready to splash €40m on Chukwueze.

The 19-year-old who is enjoying his breakthrough season at the club has impressed Atletico Madrid manager Diego Simeone who is searching for firepower up front.

Chukwueze current contract carries a buy-out clause of €40m, a fee that Atletico Madrid can match with ease as one of their forward Vitolo who has failed to live up to expectations since his signing.

He has scored in all competitions for Villarreal this season-the La Liga, Europa League and Copa Del Rey.

Signed from Diamond Academy in the summer of 2017, Chukwueze played in Villarreal’s junior ranks last term but was promoted to the reserve team ahead of this season.

“We’re using nearly all of our players and I think that’s a good thing. We need the whole squad,” Calleja told Villarreal’s official website following their Europa League clash with Rangers.

“Chukwueze has a good left foot, is quick, has a low centre of gravity – which gives him a very good balance – and can deliver and score,” the German coach said.

Chukwueze has had to fight back from a near career mishap to get to this stage.

The deal ought to have seen the highly sought-after star, who models his game on Arjen Robben, sign for a top European club, like those before him had done, but age was the only snag that hindered a potential move abroad, as the attacker 16, and would have to wait for two years before he could sign professional terms.

His superb performances with the Villarreal juniors have seen him regularly grab the headlines with his stunning pace, strength, skillset, goals and assists, and he’s edging closer to Calleja’s first-team.

Chukwueze’s emergence had come as positive news to Nigerian fans, with the national side lacking a naturally left-footed winger since the untimely retirement of Emmanuel Amuneke, who coached the wonder kid in the Eagles’ U-17 and U-20 teams.

Despite his relative inexperience, Rohr identified the starlet’s raw talent and has handed him an audition in a team which, for all its outstanding attacking players, lacks a natural left winger to create panic and havoc on opposition defences with direct running, effective crossing and superb technique.

However, the 2019 Africa Cup of Nations slated for Egypt this summer could present him with a valuable opportunity to assert himself in the national team. 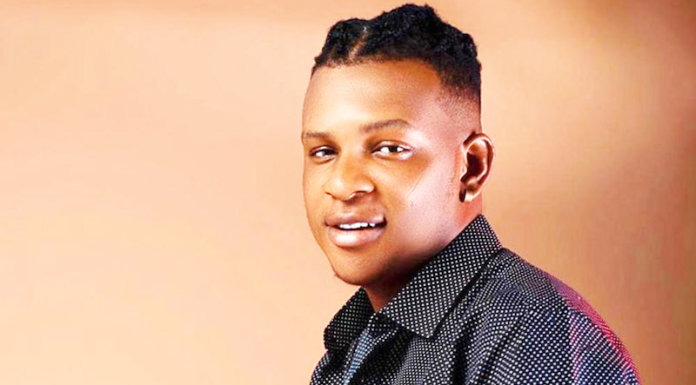