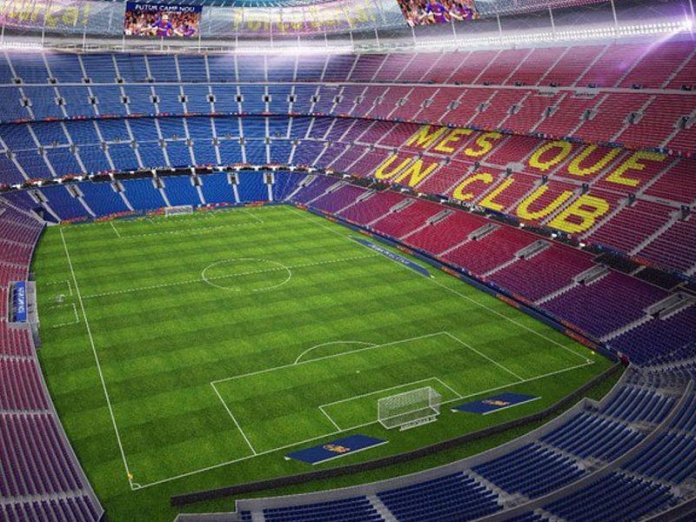 All eyes will be on the Camp Nou on Saturday evening for a top of the table clash which could either strengthen Barcelona’s hold on top spot or throw the LaLiga Santander title race wide open.

Leaders Barça go into the weekend eight points clear at the top of the table after blaugrana captain Lionel Messi scored a 90th-minute free kick in Tuesday’s dramatic 4-4 draw at Villarreal.

Second-placed Atletico de Madrid have kept up the pressure with seven victories in their last eight La Liga games, with Diego Godin and Antoine Griezmann on the scoresheet in Tuesday’s 2-0 victory over Girona at the Wanda Metropolitano.

Ernesto Valverde and Diego Simeone’s teams drew 1-1 in the reverse fixture last November – with Diego Costa and Luis Suarez on the scoresheet – but Atletico really need the three points this time.

Coach of third placed Real Madrid Zinedine Zidane says his team will keep pushing while they still have a mathematical chance of taking the LaLiga Santander title. Los Blancos will have extra motivation for Saturday afternoon’s clash with Eibar at the Bernabeu as the Basques won last November’s reverse fixture 3-0.

The weekend schedule begins with a Catalan derby Saturday lunchtime with Girona hosting Espanyol at Montilivi. All three meetings between these sides in LaLiga Santander history have resulted in away wins, including Girona’s 3-1 victory at the RCDE Stadium late last year.

Relegation battlers Rayo Vallecano really need a win when they host Champions League challengers Valencia on Saturday evening, with a positive for the Madrid side being an unbeaten record in their last LaLiga three meetings against Los Che at the Estadio de Vallecas.

Sunday’s programme begins up in the Basque city of Vitoria with both Alaves and Leganes still harbouring hopes of European qualification which seemed unlikely when the season began.

The race for the UEFA competition places will also be the issue at the Coliseum Alfonso Perez early on Sunday afternoon as recent charges have seen Getafe and Athletic Club emerge as strong contenders.

Struggling Real Valladolid will be looking to precedent when they host Sevilla later on Sunday. The Castilian side have won three and drawn three of their last six LaLiga Santander games at home to the Andalusians.

RC Celta will also be looking to boost their chances of survival on Sunday when Real Sociedadvisit a Balaidos stadium which rocked last weekend with the Galicians’ Iago Aspas inspired comeback against Villarreal.

Villarreal themselves have had a tough week with Barça striking twice in stoppage time to break their hearts on Tuesday night. Santi Cazorla and company will be looking for a change of fortunes on Sunday when they visit at Real Betis side still with outside hopes of returning to Europe next year.

Sunday’s other game is a real relegation six pointer, with Huesca still hopeful of a great escape after recent improved performances and Levante having slid down the table recently.