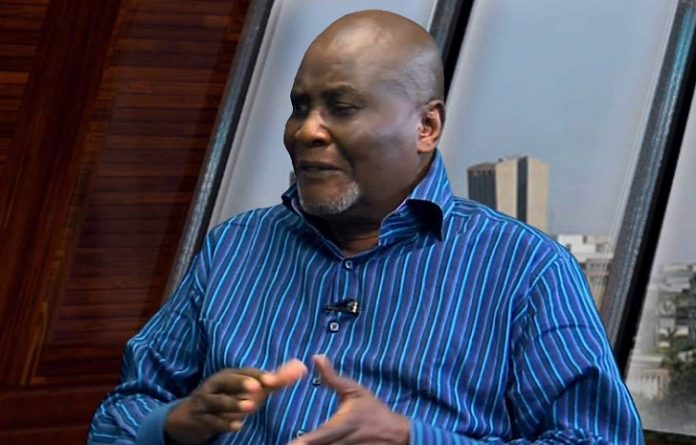 The office of the Special Adviser to the President on Niger Delta and Coordinator, Presidential Amnesty Programme, Prof. Charles Dokubo, has debunked an online media report of an alleged N3.2 billion contract scandal.

In a statement issued by his media aide, Mr. Murphy Ganagana, the presidential adviser said the attention of the Amnesty Office had been drawn to a report on an online news portal captioned, ’Aisha Buhari, Monguno Named in Dokubo’s Fresh N3.2BN Scandal.’

According to the statement, the fake news carried purported bromide of contract letters awarded to two companies which the publishers alleged were fictitious jobs contracts amounting to N3.2 billion awarded within a period of one month to two companies allegedly fronting for the PAP Coordinator, Prof. Charles Dokubo.

According to the statement, the publication further alleged that the two companies, Messrs. Innotek Royal Services Limited and Glassfa Continental Limited had been paid for the job even when the companies were yet to commence work.

“It garnished its sacrilegious adventure by alluding that the highly revered wife of the President, Mrs. Aisha Buhari, and the National Security Adviser, General Babagana Monguno, were direct or indirect beneficiaries of contract scams at the Amnesty Programme.

“We do not wish to dissipate valuable time and energy in recapping the fallacious report churned out as ‘expose’ by an online portal which has become notorious as a purveyor of fake news and promoting blackmail to nauseating level.

“To put the records straight, we wish to state as follows:

youths in oil and gas instrumentation was awarded to Messrs. Glassfa Continental Limited, and another contract for training and empowerment of 400 delegates in coastal fishing was awarded to Innotek Royal Services Limited.

“However, the two contracts in question were beyond the threshold of the Special Adviser to the President and Coordinator, Amnesty Programme. Therefore, in line with statutory guidelines and regulations, a due process no objection was sought and obtained from the Bureau of Public Procurement (BPP) vides a letter OSAPND/GCL/VT/2018/11010 dated October 19, 2018.

“It is pertinent to state that processes leading to payment of 15 per cent of contract sum are yet to be completed for the two companies which have not been handed delegates for training. Files of the two companies on the contracts have not reached the Prof. Dokubo’s table,”the statement said.

On the allegation of 30 companies discovered to have been perpetrating contract fraud worth billions of naira by an external auditing committee said to have been inaugurated by Dokubo, the statement said the allegation existed only in the imagination of the publishers of the fake news as “no such committee was inaugurated at the Amnesty Office under Prof. Dokubo, and no contract fraud was unearthed at any time.”

Also on the alleged award of contracts to associates of the National Security Adviser and members of his family, as well as the First Lady, Mrs. Aisha Buhari, the statement said: “We wish to state that this allegation is malicious and mischievous. Neither the NSA nor the First Lady had ever requested for, or secured contracts for their associates or family members who are not even known to the Amnesty Office.”