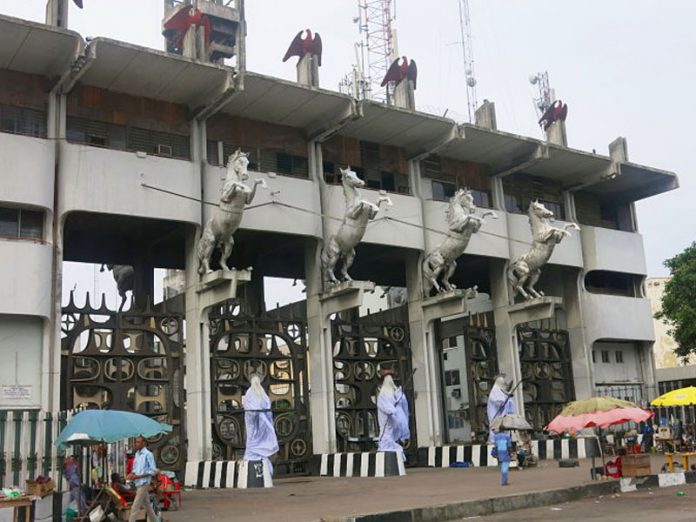 The federal government has disclosed that the concession of the abandoned Independence Building currently managed by the Tafawa Balewa Square Management Board (TBSMB), Lagos, is now in its final stage.

He also said the government plan to establish a National Trade and International Business Centre.

Izuwah, said this thursday on the sidelines of an inspection of the independence building in Lagos thursday.

The building is 25-storey structure situated in the Lagos Central Business District and occupies a land area of 8,100 square meters, with a large separate parking provision of 2,650 square meters and has been idle for 25 years.

He said: “This independence building is a national asset that was built I 1961, and the ICRC has a mandate for pre-contract and post contract compliance monitoring and this building has not been yielding an economic value to the government and it is in strategic place, in the centre of Lagos.

“The intention of government is to concession this asset for it to become the national trade and international business centre that would drive value to Nigeria.

“So we are here to understand the challenges of the transaction and what would be the regulatory requirements to reap its full potential.”

He further added: “The idea is to make sure that everything that belongs to Nigerians, held in trust is put into the best use through partnering with the private sector because the president believes in a private sector-led economic growth. “We are not doing this with government funding so we are going to select a competent private partner who has the technical and financial capacity.”

He noted that since the announcement to bid, three contractors have been selected and they are in final stage to select the contractor.

According to the ICRC boss, once approved, the firm would manage the facility over a minimum of 20 years.

He explained: “In terms of the concession of this type of structure and the amount of money involved, we would be looking at a minimum of 20-year concession for the private investor to make their money and also, the government would be making revenue from concession fees instead of it lying idle.”

He, however, declined to mention the expected amount from the transaction, but assured transparent communication once it is finalised.

“Also, we are setting up a national trade database where all trade-related information for linkages would be available through an interactive portal.”

On his part, the transaction advisor to the project, who is the acting Managing Director, the Infrastructure Bank, Mr. Ross Oluyede said: “This is going to be developed through Public-Private Partnership and during that period, the government would earn a concession fee as opposed to what we have now and at the end it would transferred back the government as a functioning asset.”