As the people of Adamawa State prepare for a supplementary governorship election today (Thursday), the state chapter of the Peoples Democratic Party (PDP) has urged its supporters to turn out massively and peacefully for the poll.

This is coming as the ruling All Progressives Congress (APC) in the state has called on its supporters in the state to get prepared and participate in the governorship supplementary election slated for today.

The state PDP Chairman, Mr. Tahir Shehu, made the appeal yesterday in a statement in Yola.

Shehu alleged that the state government, led by All Progressives Congress (APC), was planning to import thugs from Kaduna and Kano States to cause mayhem and manipulate the process to ensure victory for the APC candidate.

He urged the security agencies to rise up to the occasion.

“We find it necessary to draw the attention of all security agencies to take note and put eyes on the development.

“We equally call on all the good and peace loving citizens of Adamawa State, particularly our party supporters to remain calm and resolute to ensure that they peacefully come out en masse to exercise their franchise without any fear of intimidation or harassment.”

Shehu also urged voters in the 44 polling units in 14 local government areas where the election would take place to be vigilant and security conscious and to report any unfamiliar faces at their units to security agents.

Meanwhile, the APC in the state has called on its supporters in the state to get prepared and participate in the governorship supplementary election slated for today.

The state Organising Secretary of the party, Alhaji Ahmed Lawal, gave the directive yesterday in an interview with the News Agency of Nigeria (NAN) in Yola.

Lawal said that the party reviewed its earlier decision to boycott the poll and had resolved to fully participate in the poll.

He, however, said that in spite of the Independent Electoral Commission (INEC)’s refusal to heed their call for a re-schedule, the APC would still win the election.

He appealed to the APC family and supporters not to be deterred by INEC’s action, but to go out en mass to vote for the candidate of the party.

“Having consulted all the party stakeholders, we have resolved to participate in the supplementary election fixed for tomorrow.

“Our earlier boycott threat was not out of fear, but to encourage participation by other political parties who had been taken unawares by the date for the supplementary election.

“To us, we will participate and win the re-run even as INEC has refused to rescind its decision to hold the re-run tomorrow.

“We appeal to APC supporters to come out and vote for APC massively so as to ensure victory in the election.

“Adamawa is an APC state, and with the developmental strides recorded by Gov. Mohammed Bindow, it is a sure qualification for winning an election,’ Lawal said.

It will be recalled that the state chapter of the APC had earlier rejected the March 28 date fixed by INEC for the conduct of the supplementary election in 44 polling units in the state.

The date was fixed sequel to the vacation of a court order restraining INEC from conducting a governorship supplementary election in the state. 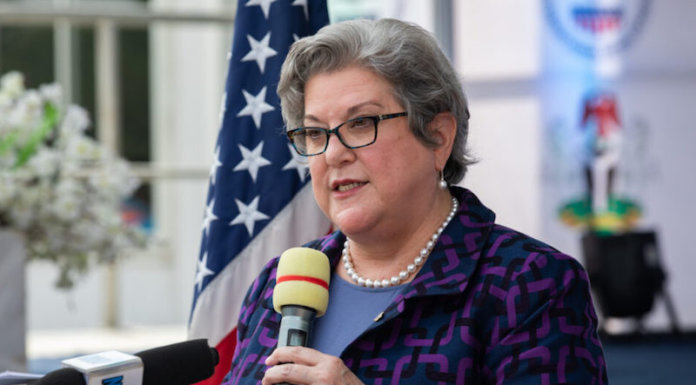