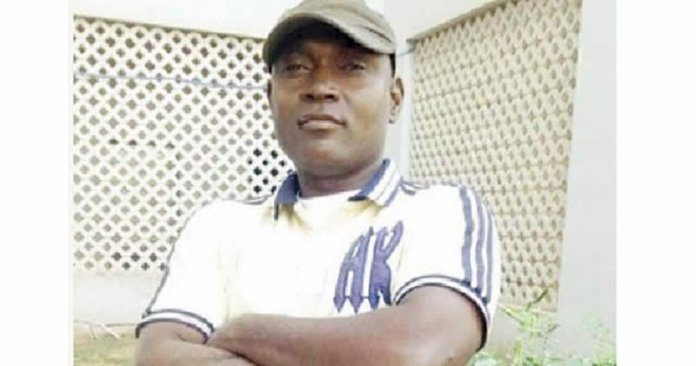 The Association of Idoma Lawyers have demanded for total justice in the death of an Assistant Superintendent of the Nigerian Security and Civil Defence Corps, (NSCDC), Ogah Jumbo, warning that any attempt to cover up or foot-drag over the case will be strongly resisted.

The late Jumbo, a native of Otukpo, Benue State, was said to have been brutally killed by two traffic police officers last week in Nyanya, a suburb of the Federal Capital Territory (FCT), Abuja.

In a letter jointly signed and issued to the Acting Inspector General of Police, Adamu Mohammed, over the weekend, the Idoma lawyers queried the decision of the Nigerian Police Force to prosecute a case in which it was the accused.

The letter was signed by the Patron and President of the association, Chief Godwin Obla (SAN) and Dr. J. Y Musa (SAN), respectively.

According to Obla, the decision of the police  fell short of the objective parameters of justice delivery, stressing that even if the deceased officer was guilty of traffic violation as accused by his alleged killers, it was not enough reason for him to be killed, as the law stipulates a penalty of fine for such act.

“The association consistent with its pursuit of objective parameters of justice delivery, wishes to strongly suggest and indicate its interest to be mutually involved in a post-mortem examination of the cause of death of the deceased.

“These indication and suggestion should not be understood to mean our lack of confidence in the police authority to carry out a dispassionate work in this regard, but as stated above, only towards achieving the pursuit of the whole hog of objective parameters of justice delivery.

“Otherwise in the event of any cover up or foot-dragging in the prosecution of this heinous and clear case of wanton culpable homicide, the association will spare no efforts at exploring the alternative prosecutorial route of Direct Criminal Prosecution Laws of the FCT. This we shall not hesitate to undertake alongside an already contemplated civil action in humongous sums in hundreds  of millions of naria in damages,” he said.

The association, Obla added, is also worried by the response of the police as postulated by the Force Public Relations Officer, ACP Frank Mba, who in a press breifing on March 21, said that the force was not responsible for the death of the deceased officer.

“While the force public relations officer can choose to interpret the demand of his job descriptions only from the narrow prism of protecting the image of the force at all cost and to any extent even at the expense of values of humanity and sanctity of life, however to do so in the face of contrary hard facts of verifiable eye-witness accounts and video recordings of the incident,  is counter-productive to the very ends of good image sought to be achieved by that officer”, the senior lawyer stated.