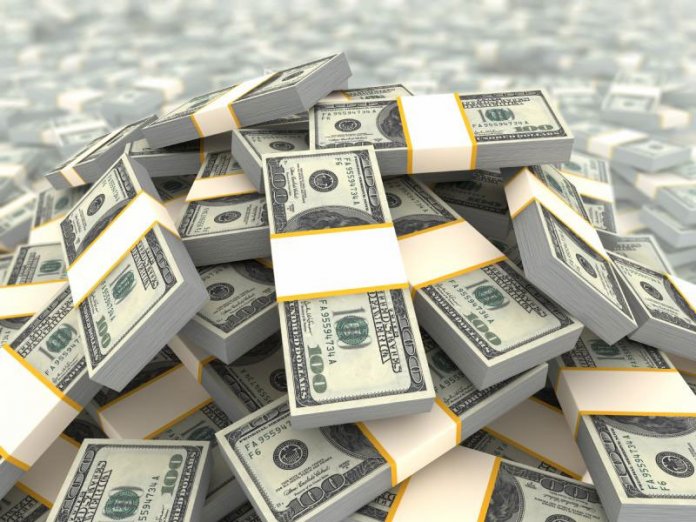 The Japanese government has invested $1.4 billion as economic aids and
donor funds in Nigeria between 1966 and 2015 — a period of 49 years,
making it Nigeria’s third highest donor country.

A document obtained Thursday from the Japanese Embassy in Abuja showed for instance that since 1966, Japan spent $773 million to support Nigeria’s polio eradication project, and $459 million as
grants since 1970 for economic projects such as improvement of Nigeria’s electricity network.
Equally, the sum of $180 million was made available for technical
cooperation since 1972; over $64 million for humanitarian support to the North-east since 2013, and over $11 million on Grant Assistance for Grassroots Human Security projects (GGP) scheme since 1998.
The document, which was given to journalists during the grant contract
signing ceremony for the disbursement of a fresh financial aid worth $558,455 (about N170 million) to five community-based projects across Nigeria, indicated that between this period, the fund was spent to help Nigeria grow her economy, support the health system and advance
peace-keeping and the stability of the country’s North-east which has been under severe attacks by the terrorist group, Boko Haram.
The document also indicated that as at 2016, the volume of trade between both countries was worth $1.157 billion, with Nigeria’s export to Japan standing at $839 million, while Japan’s export to Nigeria was $318 million.
Nigeria, it noted, exported mostly liquefied natural gas (LNG) and
sesame seeds to Japan which exported iron, steel, cars and machinery to Nigeria.
Notwithstanding, the government of Japan, in its approval of $558,455 under the GGP to rice farmers from Nasarawa State, the University of Abuja Teaching Hospital; and a primary health care facility in Alimosho area of Lagos State, among others, explained that it was
committed to helping Nigeria improve the livelihood of its people.According to the Charge d’Affairs of Japan Embassy in Nigeria, Mr. Shigeru Umetsu, who signed the grant contracts with the implementing partners of the five selected projects, Japan would be hoping that the assistance will contribute to the improvement of health care service delivery, enhance agricultural productivity, as well as strengthen the friendly relations between it and Nigeria.
“The government of Japan has been working to support the improvement
of the lives of people in Nigeria. Under the scheme, Grant Assistance for Grassroots Human Security Projects (GGP), we aim to tackle urgent
social-economic problems at the community level. From 1998 till 2018,
we implemented 164 projects across Nigeria, with a total amount of
approximately $11 million.
“For the fiscal year of 2018, in addition to 164 projects, we selected six high prospect projects among several other proposals to date. Last month, we already signed a grant contract with Nigerian Farmcraft Centre for the Blind which is a division of the federal
Ministry of Women Affairs and Social Development. Today, we will be signing another five grant contracts making it a total of 170 projects in the 20-year history of GGP in Nigeria.“We shall be signing five projects at this grant contract signing ceremony, with a total grant amount of $558,455.  The projects were adopted based on their impact on the selected communities as well as the partners’ preparedness to implement them,” Umetsu said.
Giving a a breakdown of the grant, Umetsu explained that the University of Abuja Teaching Hospital will get $155,877 to procure medical equipment to address infant and maternal mortality; $135,630 given to Development Africa to install solar power system for a family
care medical centre in Elegushi area of Lagos, while Amachara community in Afikpo area of Ebonyi State will get $89,285 to procure a solar-powered system for its health and education resource centre.
The other two beneficiaries, he stated, were for the improvement of a primary health care facility in Alimosho area of Lagos by Street-to-School Initiative which got $89,106 for this purpose, and $88,557 given to the Nasarawa Agricultural Development Programme (NADP) to provide reapers and thrashers for rice farmers in Awe, Obi, and Keana Local Government Areas of the state, to improve their rice production and reduce food losses.“We hope that these projects will enhance the quality of life in the
benefiting communities, and make maximum contributions towards the
development of the nation.

“Japan is strongly committed to supporting Nigeria’s economic and
social development as declared at the sixth Tokyo International Conference on African Development (TICAD VI), and these projects are part of our commitment,” Umetsu added.