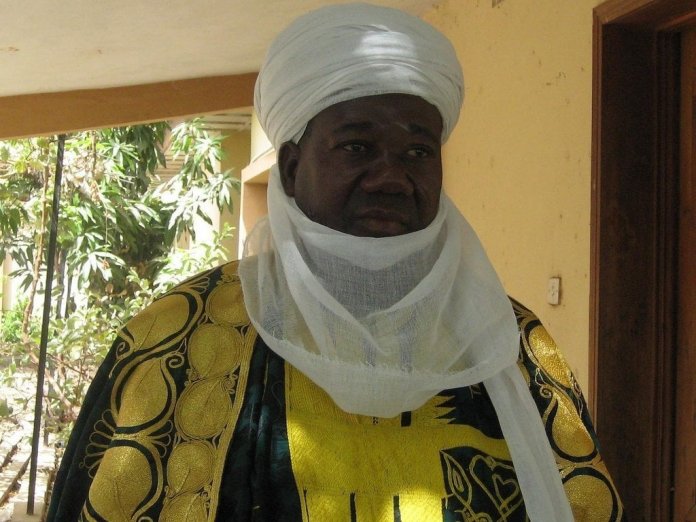 Umar reportedly died in Abuja on Tuesday night after a brief illness.

The report of the emir’s death was contained in a message by Muritala
Raheem, the Personal Assistant to the Emir of Ilorin and the Chairman of the state’s Council of Emirs and Obas.

The News Agency of Nigeria (NAN) reported that until his death, the deceased was the vice-chairman of the state’s traditional council.

The remains of the first class traditional ruler would be buried on
Wednesday in Patigi by 2pm.

Meanwhile, the Emir of Ilorin, Alhaji Ibrahim Sulu-Gambari, has expressed shock at the death of the emir.

Sulu-Gambari described the late monarch as highly respected, adding that his demise was a colossal loss to humanity.

The emir in his condolence message signed by the National Secretary of Shehu Alimi Foundation for Peace and Development, Mallam Abdulazeez Arowona, said that Umar was a true epitome of peace and symbol of unity to the entire Nupe speaking tribes in Kwara and beyond.

According to him, his death will no doubt create a wide vacuum which cannot be forgotten so soon.

He further noted that late Umar was until his death the vice-chairman of the Kwara State Traditional Council and had used his wealth of experience to promote the council through his numerous outstanding contributions.

“I received the news of his death with rude shock. Etsu Chatta Umar was
a peace loving monarch whose penchant for the growth and development of the emirate and state at large knows no bound. We will surely miss him.

“I pray that Almighty Allah will forgive his shortcomings, admit him into Al-Janatul Firdaos and give the family and the entire people of Patigi Emirate Council the fortitude to bear the great loss,’’ he said. (NAN)