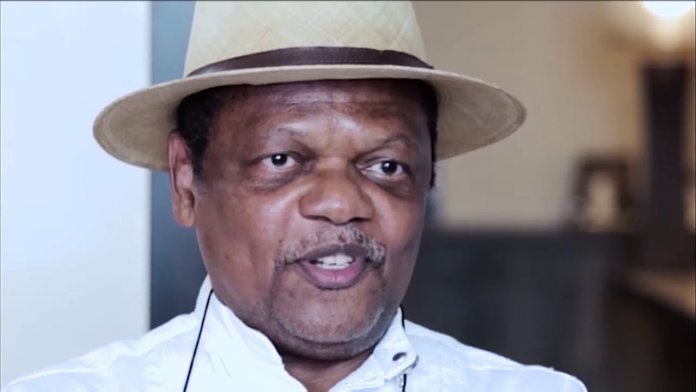 Prominent citizens of River State, including founder of Stanbic IBTC Plc, Atedo Peterside; and Access Bank Managing Director, Herbert Wigwe, have condemned the violence and killings in River State, and urged President Muhammadu Buhari to set up a judicial commission of inquiry into the massive loss of lives, which occurred before, during and after the elections in the state.

The group, in a statement titled: ‘Rivers Lives Also Matters’, argued that elections, which are designed to enable the people choose their leaders should not lead to their death instead.

“Therefore, every single death must be investigated and the culprits brought to justice,” they said.
The stakeholders condemned the role played by the Nigerian Army in these events and welcome the announcement by the Army Command that they had set up a panel to investigate the conduct of their personnel who were deployed on election duties.

The statement read in parts: “We the undersigned are concerned citizens and stakeholders of Rivers State.
“We have watched with disbelief the recent violent incidents which occurred before, during and after the elections that were held in Rivers State on February 23 and March 9, 2019. These incidents occurred supposedly as a result of the elections. “These violent incidents have led to the needless loss of so many lives, especially youths in various communities.
“We do not believe that elections which are designed to enable the people choose their leaders should lead to their death instead. Therefore, every single death must be investigated and the culprits brought to justice.

“We are particularly concerned about the role played by the Nigerian Army in these events and welcome the announcement by the Army Command that they have set up a panel to investigate the conduct of their personnel who were deployed on election duties.
“In the light of numerous disturbing video footages which have gone viral across the globe, it is important and imperative that the investigation is thorough, professional and unbiased.

“While we cannot and should not stop the Nigerian Army or indeed any professional body from reviewing the conduct of its own personnel, we hereby call for a Judicial Commission of Inquiry to be speedily set up by the Federal Government of Nigeria to secure a broader thorough, professional and unbiased inquiry into the massive loss of lives which occurred before, during and after the elections in Rivers State.

“We are deeply troubled by the inability of the political leaders in our state to manage their rivalries and differences within acceptable norms of a civilised society as has been done in several other states in Nigeria.

“Rivers State comprises many ethnic groups which have largely lived in harmony since its creation. Random killings are bad enough, but where patterns are discernible and some communities become angry because they hold others responsible for the needless loss of lives in their own immediate vicinity the potential exists for a general and more troubling breakdown of law and order.”

The group expressed fear that if not checked immediately, the escalating cycle of violence will drive away investors and investments thereby leaving the people impoverished.
It further stated: “Rivers State hosts some of Nigeria’s critical oil and gas facilities and it is crucial that we do not inadvertently encourage a return to pre-amnesty acts of vandalism and destruction that could send the national economy into a tailspin.
“We, therefore, urge all indigenes of Rivers State who are engaged in politics and their political parties to act with restraint at all times and avoid utterances that may further inflame passions.

“We are willing to work with sincere and responsible stakeholders and all genuine friends of Rivers State (who understand and agree that Rivers lives also matter) to find a lasting solution to the problems that have bedevilled the state of recent.”
Other signatories to the statement are George Etomi, Tein George, Emmanuel T. Georgewill, John Azuta Mbata, O.C.J. Okocha.