Addressing journalists in Okigwe, Chairman of Akwa United, Elder Paul Bassey said the tension in the Akwa Ibom State Sports community prior to the election “was so thick that you could cut it with a knife. Governor Udom Emmanuel has invested so much in the youth and sports of our state that we feared for the worst should he lose at the polls.

“Our fears were allayed as he recorded a resounding victory that sent the sports community rejoicing and thanking God for his re-election.

“Akwa United is one team that has flourished so much under his administration, winning two FA Cup trophies in three years and becoming one of the major clubs in the annals of club football reckoning in this country in the last three years.

“So, when that victory came, we did not waste time but to dedicate it to a God-fearing leader who has impacted the socio-economic fortunes of millions of Akwa Ibomites.

“The re-election of sports loving Governor Udom Emmanuel for another term in office is a vote of confidence and a clear demonstration of the endorsement of his sound leadership attributes and mature politics of equity, justice, fair play, security and industrialization driven administration advantage Akwa Ibom State.”

Bassey also poured encomiums on his Commissioner for Youth and Sports Sir Monday Ebong Uko who he described as his backbone.

“As far as Akwa United is concerned, I can afford to wake him up at midnight. He has been very supportive, always available,” Bassey revealed.

The Chairman also commended the players and the technical crew for a top drawer performance that led to the merited victory.

“From the blast of referee Quadri’s whistle there was no doubt where the wind of victory was going to blow.

“We have so far gone seven matches without a loss, yet we know we are not there yet. There is still a long way to go to achieve our primary target of emerging in the top three of our group before going into the playoffs.

“With God on our side, all we have to do is just to put in our best,” concludes the chairman of the Promise Keepers.

editor - October 29, 2020 12:22 am
20
By Olusegun Adeniyi In concluding my column last Thursday, I urged President Muhammadu Buhari to address the nation in view of the EndSARS protests that... 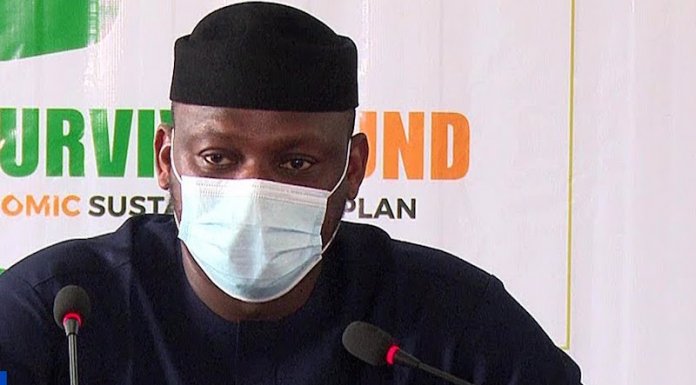