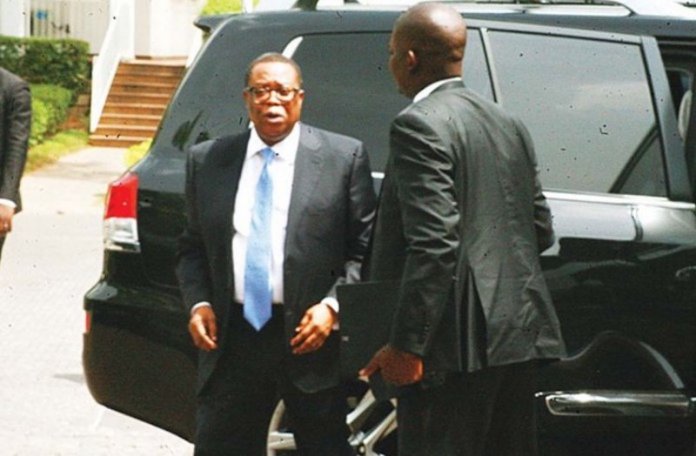 The absence of Justice Chukwujekwu Aneke of the Federal High Court in Lagos yesterday stalled the arraignment of former Director General of the National Intelligence Agency (NIA), Ambassador Ayo Oke, and his wife, Folashade, over an alleged $205 million fraud.

The defendants were charged by the Economic and Financial Crimes Commission (EFCC) on counts of money laundering, fraud, concealment of crime proceeds, and criminal breach of trust.
The case, which was earlier billed for arraignment of the defendants, was yesterday, further adjourned to a date that will be communicated to parties, as the court did not sit.
The judge is said to away on an official assignment.

On February 7, the court had issued a bench warrant for the arrest and production in court of the defendants, following an application moved by the prosecutor, Mr. Rotimi Oyedepo.
According to the charge, on April 12, 2017, the accused indirectly concealed the sum of $43.5 million, property of the Federal Government of Nigeria in Flat 7B, No. 16, Osborne Road, Osborne Towers, Ikoyi, Lagos.

The accused were also alleged to have between August 25, 2015 and September 2, 2015 in Lagos, indirectly used the sum of $1.7 million, property of the Federal Government of Nigeria to acquire Flat 7B, No. 16, Osborne Road, Osborne Towers, Ikoyi, Lagos.