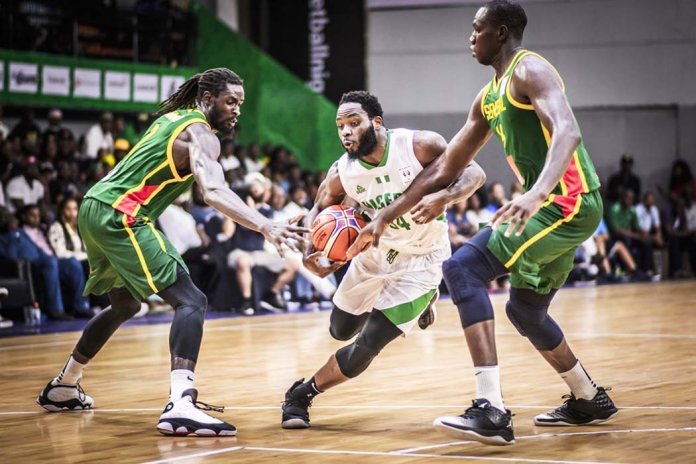 …May face Argentina, Brazil or Canada

The Federation of International Basketball has put Nigeria in pot 7 alongside Senegal, New Zealand and Angola ahead of the Men’s World Cup draw coming up today, at Shenzhen Bay Arena.

The 32 teams which qualified for the FIBA Basketball World Cup 2019 were shared among eight pots of four teams each, based on the latest FIBA World Ranking for Men after the last window of qualifiers played in February.

Host- China are in pot 1 alongside the top three teams in the World, USA, Spain and France. Pot 2 has Serbia, Argentina, Lithuania and Greece while Russia, Australia, Brazil and Italy complete pot 3.

China will be placed in Group A with all their group matches to be played in Beijing and reigning world champions USA will be allocated to Group E in Shanghai.

Group B games will be played in Wuhan. The city of Guangzhou will host Group C while Foshan will play host to Group D team.

Group F teams will play in Nanjing, Group G in Shenzhen while Dongguan is the preferred city for Group H teams.

The World Cup holds between the 31st of August and 15th of September.