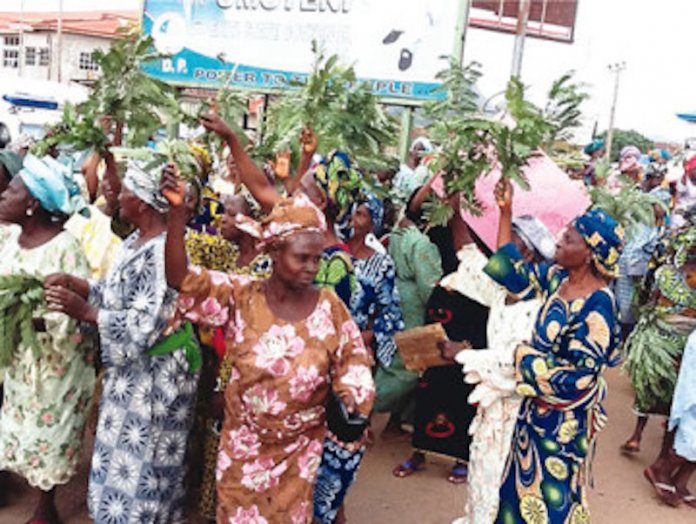 Collation and announcement of results have been abruptly suspended in Imo State following violent protests at the Independent National Electoral Commission (INEC) collation centre in Owerri on Monday.

Trouble started when the returning officer from Ideato South Local Government was asked by the Imo REC, Prof. Francis Ezeonu, to commence the announcement of Ideato South result.

No sooner had the returning officer sat down to announce the result than the Peoples Democratic Party (PDP) agent, Mr Uche Onyeagocha, and his counterparts, Paschal Onwukaike of Democratic Alternative (DA) and Steve Asimobi of Redemption Party (RP), prostested the announcement of the results from Idiato South.

This development led to serious argument where Onyeagocha alleged that the Ideato South result favoured the Action Alliance candidate with an outrageous figure and as such should not be announced.

A verbal altercation that resulted from both PDP, AA, AD and RP culminated in the other trio tearing the governorship election result sheets for Ideato South.

Onyeagocha also, while rejecting the announcement of the results, claimed that the PDP and other party agents were intimidated at the Idiato South LGA collation centre and prayed that the REC cancel the result.

In the midst of the violence that ensued, Onyeagocha and the others were arrested by the security operatives present, while Ezeonu and the Imo Returning Officer, Prof. Francis Otonta, were whisked away to safety leading to the abrupt stoppage of announcement of results in Imo.

NAN reported that before the fracas, results from 11 LGAs out of the 27 LGAs have so far been announced in the state.(NAN)